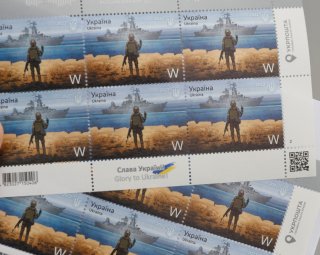 The Biden administration has a low-cost, non-controversial, and highly effective way to help Ukraine: directly empower Ukrposhta, its postal service, with financial and other assistance.

As one of Ukraine’s largest employers, with more than 50,000 employees, Ukrposhta has played a crucial role in keeping Ukraine functioning through its delivery of mail and packages, including critically important monthly pension payments to the elderly. And it has expanded its mission to include delivering humanitarian aid with particular focus on the most challenging and hard-to-reach places in eastern and southern Ukraine, often going where established international aid organizations fear to tread.

With direct U.S. help, Ukrposhta can do much more. Such assistance is also in sync with the Biden administration’s political philosophy and practices.

The administration has been generously supporting and championing Ukraine’s fight against Russia. At home, it has also been eager to involve the U.S. Postal Service (USPS) in a range of public welfare activities, such as distributing free Covid-19 testing kits.

There is support among USPS’s Board of Governors for helping Ukrposhta, which has seen more than 1,000 of its facilities destroyed or seized by Russia, while many others must operate without electricity and deal with the ravages of Russia’s war machine.

At the May 5, 2022, Board of Governors meeting, Governor Ron Stroman, who also served as President Biden’s transition chair on postal issues and is the former deputy postmaster general, said: “I would like to recognize the heroic job done by our sister post in Ukraine, Ukrposhta … to deliver life-saving necessities to the women and men of that country in the midst of unimaginable circumstances … I support providing whatever assistance we can.”

However, USPS is behind the curve regarding helping Ukrposhta today. The Universal Postal Union, the United Nations agency responsible for international coordination of postal matters, on March 28 called for posts worldwide to help Ukrposhta.

So far, at least 27 countries have announced they are doing so. Unfortunately, USPS is not on the list. Other countries’ assistance includes issuing stamps, whose proceeds go to Ukraine,  as Canada did. Many countries provide significant direct humanitarian contributions.

A unique and vital way USPS can help Ukrposhta is to reduce or eliminate terminal dues fees, which USPS charges to deliver e-commerce packages from Ukraine. Ukraine has 30,000 small and medium e-commerce businesses heavily reliant on exports to the United States. The United States accounts for half of these sales. The cost to USPS would be about $18 million -- a year.

All the above and more should be done for Ukrposhta. The Biden administration should also seek at least $50 million in direct aid for Ukrposhta in upcoming appropriations bills and urge that existing grants to Ukraine specify the transfer of funds to Ukrposhta.

When the USPS Board of Governors meets again in early August, it should unanimously join Governor Stroman in supporting help to Ukraine. Support can include a Board resolution commending Ukrposhta for its heroic and valiant work and a call for the Biden Administration to support the service directly.

It should include stamp issuance, large-scale humanitarian donations of medical supplies and food, and the temporary elimination of terminal dues for packages coming from Ukraine to the United States.

In the United States, the mission of USPS has long been to bind the nation together. This mission is not merely a slogan but the letter of the law.

Ukrposhta has helped keep Ukraine bound together throughout Russia’s brutal invasion. And, with three times as many post offices per capita as the United States has, and a highly dedicated and motivated workforce, it will continue to play this role, doing it even better with U.S. assistance.

When we help Ukrposhta, we help protect and ensure our own freedoms. With support for Ukraine, one of the genuinely bipartisan issues today, USPS aid to Ukrposhta will also help bind America together.

The case for substantially helping Ukrposhta is compelling financially, politically, and morally. Five months into the war, it is time to do so.