Want More F-22 Raptors? It Would Take 5 Years, Cost Billions and Would Be Obsolete. 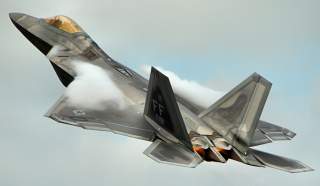 (This first appeared several months ago and is being reposted due to breaking news about the F-22.)