The War on Property Rights in New York City Has Begun 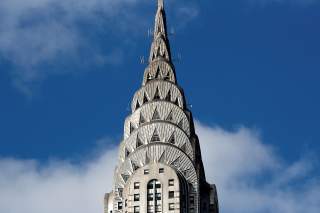 Owning property means more than having your name on a deed.

Lawyers and judges often refer to property ownership as a “bundle of rights,” because with ownership comes more than just the mere right of possession. You also have the right to use, modify, dispose of, and exclude others from your property.

You don’t need a law degree to appreciate any of that. Every child with a favorite toy understands the idea, and any grade school student who’s had a civics class knows why property rights are so important.

As Supreme Court Justice Joseph Story once put it: “In a free government, almost all other rights would become worthless if the government possessed power over the private fortune of every citizen.”

Just think of Venezuela, a country whose constitution guarantees a litany of high-minded rights, such as free speech, but where the government’s monopoly over property rights allows it to buy the votes of its starving people with food handouts.

Because property and liberty are inextricably entwined, the Fifth Amendment prohibits the government from taking private property for public use without first paying the owner “just compensation.”

If the government wants to take away your property rights or give them to someone else, it must pay you for them.

The city’s recently amended rent-stabilization laws strip many property owners of all meaningful property rights and give them nothing in exchange—all to advance what Mayor Bill de Blasio calls the “socialistic impulse” to have the city government “determine every single plot of land [and] how development would proceed.”

In short, New York has turned private property into government-run subsidized housing without footing the bill, or in any other way compensating owners for using their private property as a public subsidy.

No wonder, then, that a coalition of property owners has sued New York City for violating its constitutional rights.

The new laws significantly constrain all of a property owner’s rights, to the point of effectively erasing them.

Consider, for example, the right to exclude others from your property, which the Supreme Court has called “one of the most treasured strands in an owner’s bundle of property rights.”

New York’s rent-stabilization laws reduce that right to irrelevance by forcing landlords to renew rent-stabilized leases for as long as the tenant—or the tenant’s family members—decide to live there.

In one case, a property owner originally leased an apartment to a couple in 1975. Today, that couple’s granddaughter lives in the apartment and pays half the market rate for rent.

Why? Because the law says the owner has no choice but to allow a tenant’s successors (anyone with an “emotional or financial commitment or interdependence” with the tenant) to take over and renew the lease.

What’s more, even in the limited circumstances where an owner can evict a tenant from a rent-stabilized apartment, if the tenant can show that it would be hard to find a new apartment (a guarantee in New York), then the law may require the owner to let the tenant remain in the unit for another year.

The law also severely restricts an owner’s ability to put the property to a new use, or even to demolish his own building. Because it’s so hard to get a tenant out, some owners have paid huge sums to bribe tenants to leave.

One family living in a two-bedroom Upper East Side apartment and paying $1,500 in rent refused to vacate a building that the owner wanted to convert until the owner paid them $1,075,000.

To put it simply, if you’re a landlord in New York, you will remain a landlord until your tenants say you can stop being a landlord.

You must cede complete control of your property to the tenant, for a duration determined by the tenant, and under terms dictated by the city—even if it means operating at a loss for years.

The city’s new rent-stabilization laws also forbid property owners from failing to renew leases in order to move into their own unit unless they can show an “immediate and compelling necessity.”

New York courts, meanwhile, have made that an almost impossible standard to meet. Consider the case of Constance Nugent-Miller, who joined the lawsuit against New York’s rent-stabilization laws.

According to the complaint, she owns a six-unit walk-up and lives on the second floor.

New York courts have twice forbidden her from issuing a nonrenewal notice to her first-floor tenant so that Nugent-Miller can use her property in a way that substantially benefits her life—first to avoid carrying her dying husband up and down the stairs, and now to avoid suffering crippling knee pain due to her own deteriorating health.

Under New York City law, the tenant’s rights to renew the lease for an unlimited duration trumped Nugent-Miller’s pain and property rights.

If an owner can’t use, modify, dispose of—or exclude others from—the property, what’s left of the bundle of rights? The only right left is the right to sell.

But New York’s laws bind the buyer of a property with all the same obligations that bind the seller, and so the value of the property is substantially reduced.

In the end, every right in the bundle of ownership rights is either transferred to the tenant or severely curtailed by the city as part of a public welfare benefit, but New York City pays the owners nothing in compensation.

Worse, as the lawsuit makes clear, the new laws also make the city’s affordable housing problem significantly worse, proving economist Assar Lindbeck’s point that “next to bombing, rent control seems in many cases to be the most efficient technique so far known for destroying cities.”

Economists of all political leanings almost unanimously agree that rent control is a bad idea and harms all renters in the long term by decreasing the availability and quality of affordable housing.

First, even prior to the amendments, the city’s rent-stabilization laws never targeted low-income populations and benefited wealthy individuals more than anyone else.

The amended laws make this benefit gap worse by removing previous exceptions that allowed landlords to charge market rates for tenants earning more than $200,000 or living in luxury apartments.

As a result, more than 37,000 additional rent-stabilized units will be occupied by individuals who don’t need the public to subsidize their rent.

Second, the city claims that rent-stabilization laws are necessary to protect renters from low vacancy rates, which make it harder for displaced renters to find new housing. But the laws—and particularly the new amendments—keep the vacancy rate artificially low by incentivizing tenants to stay in units that no longer fit their needs.

Indeed, the vacancy rate for units not subjected to the rent-stabilization laws was 6.07% in 2017, compared with only 2.06% for rent-stabilized apartments.

Finally, the new laws prohibit owners from passing on most costs for repairs or renovation to tenants in the form of increased rent—meaning that any efforts to improve housing quality will come at a loss to owners.

The new amendments’ effect on quality is already apparent, with several major development groups—responsible for tens of thousands of apartments in the city—ceasing major renovation projects on vacant apartments.

New York has made its affordable housing problem worse and violated the rights of its residents in the process.

If the city is serious about fixing this problem in a legal way, it should restore property rights to owners and free the market so that the city’s estimated 1.8 billion square feet of unused residential development space can be put to use.