War in Ukraine Is Destabilizing the Middle East and North Africa 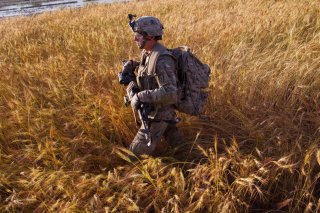 The war in Ukraine is already setting the Middle East on fire. In Iran, the government announced it would cut wheat subsidies amid rising global prices triggered by Russia’s invasion of Ukraine. The announcement ignited a wave of protests that quickly turned political, as demonstrators called for the overthrow of Tehran’s clerical regime. But the ayatollahs are not the only ones in a hot and dry region that feel threatened by the upheaval in global wheat markets. In 2020, Russia and Ukraine provided 43 percent of the wheat imported by the Middle East and North Africa (MENA), compared to just 19 percent in 2008. The region also depends heavily on Russian and Ukrainian corn.

This system shock is not the first time in recent memory that turmoil in global grain markets has turned up the political temperature in MENA. Wheat prices spiked three separate times between 2008 and 2012, contributing to what began known as the Arab Spring, but mostly degenerated into bloody and intractable wars still raging in Syria, Libya, and Yemen. To tamp down risks, the Biden administration has already allocated hundreds of millions of dollars to fight global food insecurity.

Yet the administration should deal differently with friendly governments than it does with adversaries. Assistance for partners such as Morocco, Tunisia, and Egypt should be more generous. In contrast, there is no reason to bail out the dictatorship in Tehran, whose corruption and military adventurism are the main drivers of its people’s hardship. Nor should Washington do favors for the Hezbollah-dominated Lebanese government, which takes marching orders from Tehran and whose corruption devastated the economy even before the war in Ukraine began.

There are several ways the war has destabilized the markets for wheat and corn, of which Russia and Ukraine are top exporters. First, the war itself makes it difficult or impossible for Ukraine to grow and harvest crops. Second, the Russian blockade of Kyiv’s Black Sea ports has cut off the main avenue for exports. Third, sanctions against Russian oil and gas can threaten the supply and increase the cost of fertilizer and fuel. The price of seeds is also rising. Fourth, while there are no sanctions on Russian grain, financial sanctions make doing any business with Russia more difficult. Transportation has also become harder to manage.

The prices of wheat and corn in 2021 and 2022 have jumped to their highest level since 2008. If the war continues, the supply shock in late 2022 and early 2023 may be even more significant. After the spikes associated with the Arab Spring, prices had been on a decreasing trend until 2020. The pandemic then ushered in loose monetary policies and supply chain problems that put upward pressure on prices across the product market. Finally, the war in Ukraine set an already-hot wheat and corn market on fire.

The MENA region is water-stressed and has only 2 percent of the world’s renewable water resources, making it very sensitive to waves of drought. As a result, MENA countries rely heavily on grain imports and are very sensitive to price shocks. Egypt, Algeria, and Morocco were among the top fifteen wheat importers in 2020. Egypt, Algeria, and Iran were among the top fifteen for corn in 2020.

Russian and Ukrainian exports have an outsized share of MENA markets. Overall, Russia was the number one wheat exporter globally in 2020, while Ukraine ranked fifth. Over the last few years, one-quarter of global wheat exports have come from Russia and Ukraine, a share that has risen sharply since 2008, when they only accounted for 10 percent of exports. MENA countries import as much as 45 percent of their wheat from Russia and Ukraine, up from 19 percent in 2008. Russia has a larger market share, with 27 percent versus about 16 percent for Ukraine.

Between 2018 and 2020, Russia and Ukraine also exported, on average, $6.5 billion per year of corn to the MENA region, or 23 percent of the region’s total imports—Ukraine provides about 19 percent, Russia just 4 percent.

Most MENA countries have a friendly relationship with Russia, so Moscow has no reason to use wheat exports (or the denial of exports) as a weapon. However, poorer countries in the region may still struggle to afford Russian wheat, although Syria allegedly received 100,000 tonnes of wheat that Russian forces stole from Ukraine.

Once the breadbasket of the Roman Empire, Egypt is now the largest importer of wheat in the world, with 81 percent of imports coming from Russia and Ukraine between 2018 and 2020. The World Bank classifies Egypt as a lower-middle-income nation, so it is especially sensitive to food prices. In 2020, Cairo imported $2.8 billion of wheat. Shortages and rising prices could easily trigger unrest.

Lebanon, Libya, Tunisia, and Yemen already suffer from political instability and economic troubles; all purchased 50 percent or more of their imported wheat from Ukraine and Russia between 2018 and 2020. Libya and Tunisia also get half or more of their corn from Ukraine and Russia. Morocco, Jordan, Iran, and Syria are somewhat less exposed, which bought between 25 to 50 percent of their imported wheat from Russia and Ukraine.

If the Russian invasion of Ukraine continues grinding forward, wheat importers will likely have to contend with an even greater supply shock in the first half of 2023. The United States may want to offer additional aid to partners such as Tunisia, Morocco, and Egypt while helping them secure sufficient imports.

Lebanon, Syria, and Yemen already receive extensive humanitarian aid through the United Nations, most of it paid for by the United States and other Western donors. In Syria, the regime of Bashar al-Assad expropriates much of the aid for its own purposes. In Yemen, the Houthis diverted so much aid that the World Food Programme made the extraordinary decision to suspend part of its aid in 2019, although it later resumed. Last year, a Reuters investigation discovered that Lebanese banks lost $250 million of UN aid money via ill-advised currency trades. Rather than calling for additional donations, the UN’s first priority in these countries should be to stop the corruption that prevents aid from reaching those in need.

The Islamic Republic in Iran, the greatest threat to the United States’s interests in the Middle East over the past four decades, has been the scene of protests over the high price of bread for the last few weeks. The protests were most significant in the southwestern provinces, where the mismanagement of water sources has been the worst. Those protests merged with demonstrations over the collapse of a high-rise building that killed forty-one in Abadan, in the southwestern province of Khuzestan.

The common factor among the numerous mass protests that have roiled Iran since 2017 is that while they start over economic issues, they quickly become political, with the primary demand being the regime’s collapse. International isolation, economic crises, and domestic discontent have put the dictatorship in a perilous position. Instead of throwing the Islamic Republic a lifeline, Washington should side with the protesters, empower them, and push the regime toward the edge. It is what the protesters want because they know that Iran’s economic crises will never end for as long as the country suffers under a regime that values the pursuit of nuclear weapons and foreign military adventures far more than the lives or prosperity of its citizens.