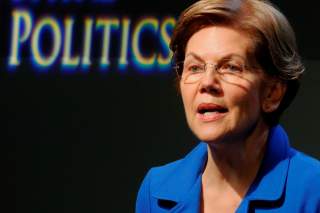 The House voted Wednesday to pass both articles of impeachment — abuse of power and obstruction of Congress — with votes of 230-197 and 229-198, respectively. The process now moves to the Senate, where a trial will be held to determine if the president will be removed from office.

“Come the new year, I will be a juror in Donald Trump’s Senate trial, and I’ll uphold my oath,” Warren said in a campaign email sent shortly after Wednesday evening’s vote. “Because nobody is above the law — not even the president of the United States.”

The Massachusetts senator continued on to talk about the 2020 election, telling subscribers to “remember that Trump is just the worst symptom … of a rigged, corrupt system.”

“It’s important to remember that Trump is just the worst symptom — not the cause — of a rigged, corrupt system. A system that rewards the rich and powerful and leaves working people behind. 2020 is our chance to change that.”

“Our chance to take back the reins of our democracy and put political and economic power in the hands of working people. We’re up against big problems, and we need big ideas to solve them.”

The email ended with a link to donate to Warren’s presidential campaign.

In May, Warren fundraised off of snubbing a Fox News town hall invitation. She also touted the number of selfies she has taken in an August email.