Was China’s Y-20 Cargo Plane Built for an Invasion of Taiwan? 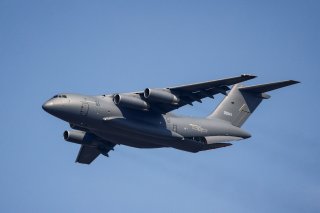 The new plane can reportedly air-transport China’s T99 main-battle tank, a possibility that greatly exacerbates current threats to Taiwan. The aircraft was first revealed at the Airpower22 air show in Austria, according to the Chinese government-backed Global Times newspaper.

With the WS-20 engine, the new Y-20 plane will, according to the Times, be able to operate with much more thrust and fuel and take off and land on shorter runways. These capabilities would certainly expand the tactical scenarios in which a Y-20 could deploy troops, equipment, supplies, weapons, and even large platforms such as tanks.

An ability to transport Type T99 main battle tanks would be massively significant to any kind of ground war effort, especially since U.S. Army M1 Abrams tanks need to deploy by boat. Using aircraft to deploy tanks exponentially decreases attack timelines, enabling a heavy mechanized force to strike on a vastly shorter timetable. “With the domestically made engines, the Y-20 can become capable of long-range or intercontinental flight while carrying heavy equipment like main battle tanks without stopping at a transit airfield for refueling,” a Global Times report from 2020 claims.

The development almost immediately brings Taiwan to mind, given that an ability to air-deploy Type T99 tanks could give attacking Chinese forces a rapid forcible entry option that could possibly trail closely behind or accompany some kind of amphibious assault. Tank-carrying aircraft transiting from mainland China to Taiwan could, of course, travel faster and much less visibly than tank-supporting ships. Moreover, this may be part of why the United States has been moving to sell Abrams tanks to Taiwan, which could allow Taipei to carry out a massive armored defense against a possible Chinese invasion. Having Abrams tanks on the island of Taiwan could possibly even impede or delay any Chinese ground invasion long enough to allow time for the U.S. military to intervene.

The U.S. Army’s massive emphasis on rapid reaction deployment possibilities—the ability to optimize expeditionary warfare—is largely based on the logistical reality that heavy mechanized vehicles such as an Abrams simply cannot travel by air. Moreover, this helps explain why the Army is fast-tracking the air-droppable and lightweight Mobile Protected Firepower vehicle. Should major threats or some kind of large-scale land war quickly become urgently needed, getting armored forces to the fight would become an instant priority.