Watch This: The F-35 Taking On Multiple Targets Is Like Nothing You've Ever Seen 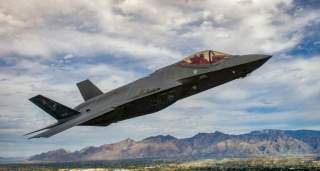 Key point: Following a year of technical challenges and difficult cost-benefit questions, the F-35 seems to be starting 2019 in a decidedly more positive key.