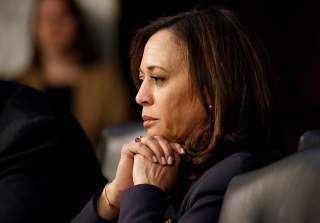 The 60-second spot entitled “Me, Maya, and Mom” is running in Iowa and the Harris campaign has invested six-figures to keep it up for several weeks, The Hill reported.

“She’d work all day then pour her whole heart into Maya and me when she got home. And then, after we were fed and in bed, our mother would sit up trying to figure out how to make it all work,” Harris says in the ad‘s voiceover, referring to her mother and her sister.

The ad highlights the candidate’s platform including repealing Trump’s “tax breaks,” which Harris promises will amount to $500 per month back to the middle class.  The ad also touts “medicare for all,” and vows to financially penalize companies who don’t pay equally by gender.

“And that’s what my ‘3AM Agenda’ is all about—a real plan to help you solve those worries,” the ad continues. “That’s something most Americans know all too well.”

Harris is planning a five-day bus tour across Iowa as part of her campaign’s heavy push in the early-voting Hawkeye State that includes a major Democratic fundraising dinner and an appearance at the state fair, Politico reported.

“That’s what I’m fighting for—real relief for families like yours. Not in 20 years. Not in 30. Starting my first day as president. Because you’ve waited long enough to get a good night’s sleep,” the ad concludes.