Watch Out: Iran Has a New "Kia" Spy Drone 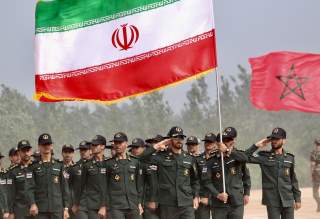 Key point: Everyone wants to get into the drone-game, but not every country as the ability to pull it off.

TEHRAN – Iran has unveiled the Kia high-precision drone that can locate and attack targets far from the country's borders, according to officials. Al Jazeera News reports. Continue reading original article

The jet-propelled drone comes in two models capable of surveillance and reconnaissance missions and continuous flight for precision missions.

The unveiling of the drone comes at a time of mounting tensions with the United States, which have escalated since last year when US President Donald Trump unilaterally withdrew from a 2015 nuclear deal signed between Iran and world powers.