Watch the U.S. Army’s Mock Battle Inside a Nuclear Reactor 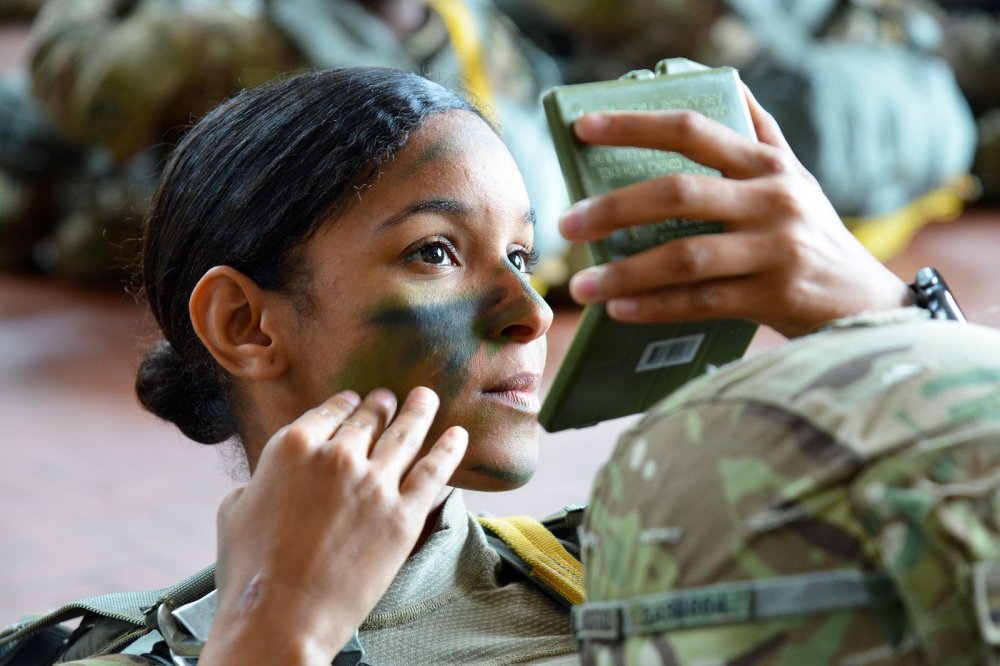 As a result, officials did everything they could to suppress information about these weapons. And not just from the press.

The U.S. government chose not to tell coalition troops — even commanders — that these weapons were out there and dangerously unstable.

Many soldiers — including ordinance disposal experts — unknowingly handled chemical munitions and developed strange symptoms. Medical personnel never briefed on the possibility of chemical casualties didn’t know what to do.

In some cases, Army doctors accused afflicted soldiers of using drugs or lying about symptoms, until tests confirmed they’d indeed been in contact with dangerous poison agents. Officials ordered everyone involved — both the victims and the doctors that treated them — to tell no one.

On June 10, as Islamic State militants expanded their war and swept through northern Iraq, they took control of Al Muthanna, a facility that Iraqi officials reported held stockpiles of sarin shells and other agents. The news caused alarm — many fear the militants will take possession of the munitions and use them.

But just because Islamic State can get them, that doesn’t necessarily mean the weapons are still useful. Deploying them as artillery is pretty much out of the question. Even re-purposing shells could be dangerous for militants handling them, as the shells are highly unstable.

But in many ways, that doesn’t matter. Efficiency isn’t necessarily the goal with chemical and biological weapons.

“There’s a difference between weapons of mass destruction versus mass disruption,” a member of the 1st Special Forces Group’s Chemical Recon Detachment tells War is Boring.

The CRD is a small team tasked with searching for and evaluating chemical weapons threats. The unit, like most of the units participating in the exercise, is primarily trained to operate in East Asia and the Pacific.

“Most of what we see [in Southeast Asia] is small scale, clandestine operations,” he says.

He explains there are many areas in the region that are hard to monitor. He said that when terrorists and extremists improvise chemical weapons, they usually aren’t meant to tip the scales of any battle — it’s more for the psychological impact.

The soldier says he considers that scenario to be the most likely real-world use for these weapons. But he doesn’t rule out the possibility of a large-scale WMD operation — checking himself as that may just be because that’s what his training and experience tell him.

“I might just think that way because that’s what we train to do,” he adds.

The CRD had trained during a similar exercise at Satsop a week earlier, coordinating with an infantry unit. “It was different for us,” the soldier said. He noted the CRD normally works with other Special Forces troops. He said they rarely work with “the big Army.”

He says that’s useful experience. If the CRD were in the field and found a facility like this, clearing it would be outside the scope of what they could realistically deal with.

“A facility this size we couldn’t take by ourselves,” he explains. “We would have to call in for backup.”

Capt. Chris Pursel, the officer in charge of planning Gryphon Longsword, says the focus of this exercise is definitely the big stuff — large-scale operations and fighting other armies.

“This is about getting back to basics,” he says, explaining that soldiers need to prepare for “peer-to-peer” fights against a conventional army.

One of the most likely flash-points that could involve WMDs and conventional armies is the Korean Peninsula. The North Korean regime has already successfully tested nuclear weapons and wants to have more — something that excites absolutely no one in the region. Even North Korea’s historic buddy China is deeply uncomfortable with Pyongyang’s nuclear program.

Chinese generals have even talked about preparing for a “nuclear disaster” in the northeast. Though its erstwhile ally has not been specifically named, Beijing is afraid of both Pyongyang’s belligerence and the questionable quality — and safety — of its nuclear projects.

North Korean defectors have also told stories of biological and chemical weapons programs, including allegations of horrific weapons tests conducted on political prisoners. The regime allegedly currently produces sarin, hydrogen cyanide and mustard gas along with a host of other deadly agents.

Pyongyang also exports both knowledge and equipment. According to a 2012 Pentagon report to Congress, South Korean authorities seized a shipment of North Korean made chemical warfare protective suits bound for Syria in October 2009.

And in 2012, a defecting Syrian army major — who claimed to be an officer in the chemical warfare corps — told Syrian newspaper Zaman Alwsl that North Korean and Iranian military advisers were helping the regime with offensive chemical weapons.

With the facility clear, the soldiers move back to the surface. They gather their equipment and their prisoners, and prepare to head back to their rendezvous point for the helicopters to take them home.

As the soldiers form up at the facility entrance, Bryson opens up for a chat. He’s relaxed. He says despite being hard on his troops as they moved through the facility, he thinks they did incredibly well.

He explains that having so many soldiers — and different kinds of soldiers, at that — work together in such a complex environment is difficult, in the best of circumstances. Toss in chemical weapons conditions, and any hopes of doing things perfectly are over.

The Special Forces soldier explains it’s useful to see how other units think and do things. “There’s a lot of things the big Army does well, and not so well, just like us,” he said.

He adds he thinks that Special Forces troops should be open to learning from regular soldiers. He also says the experience gives him a better understanding of how hard it is for large units to operate.

Pursel, the simulation planner, observes that the soldiers did much better than the previous week’s exercise. They learned how to better communicate through their protective gear, and paid closer attention to their surroundings. But there’s always room for improvement, he says.

It’s hard to really simulate the horror of chemical warfare. In this scenario, the soldiers were in and out in a matter of hours, and will head home that day.

Another soldier with the 1st Special Forces Group says that in real life, the operation would take days, if not weeks or months to truly clear a facility like this.