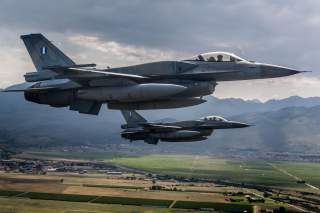 This summer, the U.S. military led two NATO exercises in the Baltics—Trojan Footprint and Saber Strike.

Altogether, the two exercises marked a new era of conventional military threats, which the U.S. military and its NATO allies are preparing to combat after a generation focused on counterinsurgency operations.

Above all, Russia’s 2014 invasion of Ukraine hangs like a sword of Damocles over American and NATO military forces in Europe. Thus, NATO’s exercises in the Baltics this summer are about much more than practicing military maneuvers—they’re also meant to send a message to Moscow about NATO’s commitment to defend its members’ sovereign territories, even if honoring that commitment means going to war.

Take It from a European: NATO Is Obsolete