A Way Forward: How to Settle the Nagorno-Karabakh Crisis 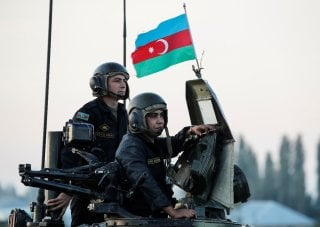 Tensions have risen again in Nagorno-Karabakh. Despite finding a solution for an alternative to the Lachin corridor—the source of recent tensions—the main obstacle to settling the crisis and the future status of Karabakh remains unresolved. The proposals both sides are currently putting forward will not settle the issue.

The recent clashes come in the wake of several failed attempts to reach a peace deal between Armenia and Azerbaijan. In March, Azerbaijan sent a five-point proposal to Armenia. The proposal included mutual recognition of each other’s sovereignty and territorial integrity, abstaining from threatening each other’s security, demarcation of the border, and unblocking transport links. What the proposal did not discuss was the status of Karabakh. Armenia’s response was a six-point proposal that stressed the necessity of addressing Karabakh’s future and the status of its Armenian population. “It is vital for the Armenian side that the rights and freedoms of the Armenians of Artsakh are clearly guaranteed, and the status of Nagorno-Karabakh is finally clarified. For us, the Nagorno-Karabakh conflict is not a territorial issue, but a matter of rights,” Armenian foreign minister Ararat Mirzoyan said about the proposal.

The status of Karabakh has also been a major obstacle in the normalization of Turkish-Armenian relations. Turkey cut its relations with Armenia during the First Karabakh War but after the Second Karabakh War in 2020, the two countries have taken significant steps toward normalization. Turkey has made normalization conditional on a peace accord between Armenia and Azerbaijan along with a land corridor between Nakhchivan and the western regions of Azerbaijan. Of the two preconditions, opening the corridor is the easier puzzle to be solved. Armenia accepted opening the corridor in the 2020 trilateral statement under the supervision of Russian forces. It is unlikely that Armenia will withdraw its support for the measure if disputes over the status of Karabakh are resolved and a peace deal between Armenia and Azerbaijan is concluded.

Therefore, it is no exaggeration to say that the future status of Karabakh is the main determinant of the development of Azerbaijani-Armenian and Turkish-Armenian relations. It would be a historic misfortune if the opportunity to resolve century-long animosities and make peace between these three countries was lost.

A plan to solve the Karabakh crisis must guarantee the security, rights, and freedoms of the Armenian population and offer a viable path for the return of internally displaced Azerbaijanis—a right that is guaranteed in the 2020 trilateral statement. But neither side has put forward a proposal that can bring about this outcome.

The issue is that other ethnic groups living in Azerbaijan have not had the kind of historical animosities and conflicts that Armenians have had with Azerbaijanis. Hence, due to the enormous lack of trust between both sides, Armenians in Karabakh will not accept their security being provided by the Azerbaijani government. If a similar situation existed for Azerbaijanis inside Armenia, Azerbaijanis would also not accept such a proposal.

The de facto authorities of Armenians in Karabakh have insisted on independence for the Republic of Artsakh, a position that will not solve the issue and might lead to another war. This option is a non-starter for Azerbaijan and the Armenian government has also not shown particular interest in this idea either. By talking about rights instead of territory, Armenia has signaled a willingness to give up independence claims.

A form of self-governance for the region—referred to as semi-autonomy—might settle the issue. Of course, the terms and conditions of a deal over the status of the region need to be negotiated by the parties, but here are a few proposals compatible with the values and security interests of both sides:

First, Shusha, Hadrut, and other parts of Karabakh that have been under Azerbaijani control since 2020 should remain so. Semi-autonomous status should be granted to the rest of Karabakh.

Second, both sides should agree to the demilitarization of the semi-autonomous region, with the exception of law enforcement forces. This means that the Armed Forces of the Republic of Armenia currently deployed to Karabakh must return to Armenia, and the Artsakh Defense Army should disarm. Azerbaijan must pledge not to deploy its armed forces to the region.

Third, the parties should determine a timetable for the return of Azerbaijani internally displaced persons and refugees to the region. According to the 2020 trilateral statement, this process will take place under the control of the Office of the United Nations (UN) High Commissioner for Refugees. The process can start with the city of Khojaly which had a large Azerbaijani population before its fall in 1992. The number of Azerbaijanis who can return to the region can reach up to half of the total population of the semi-autonomous entity.

Fifth, law enforcement bodies should be organized at the direction of local Armenians and Azerbaijanis.

Sixth, cities, streets, and other landmarks should be given both Azerbaijani and Armenian names. The region, overall, should represent both Armenian and Azerbaijani identities.

Implementing these solutions will be extremely difficult but compared to alternative scenarios they are an ideal path toward peace. If the parties fail to make peace, it might lead to another confrontation. Armenians in Karabakh are counting on Russia’s support in case of another conflict, though this support is unlikely to materialize. Entering into another major conflict is the last thing Russia can afford at the moment. Even during the Second Karabakh War, Russia did not show a strong willingness to enter the conflict. Getting into a conflict with Azerbaijan, which has a strong military, would not only be an enormous challenge for Russia but could also threaten Moscow’s relations with Turkey and other Central Asian Turkic states.

Azerbaijan should consider that not granting a form of self-governance to the region will likely lead many Armenians to leave Karabakh. This outcome would not only be unjust but also jeopardize the prospects of a lasting peace between Armenia and Azerbaijan while damaging Azerbaijan’s image in the West and its interests more broadly. Moreover, finding a solution for the Karabakh issue will enhance the likelihood of Russian troops leaving Azerbaijan without a hike in tensions. The mission of Russian peacekeeping troops in Karabakh will end in 2025 if Azerbaijan does not agree to extend the mission. Nevertheless, if Armenia and Azerbaijan fail to reach a peace deal, the status of Russian forces will become complicated and could lead to a flare-up of regional tensions.

Proposing semi-autonomous status for the region will allow Azerbaijan to restore its territorial integrity while also providing Armenians with the security and freedom to represent their identity. Demilitarizing the region will also promote peaceful coexistence between the two groups. It is time for the leaders of both parties to reap the benefits of this historic moment and end generational hostilities.