Weapons Test Shows that the Success of Navy Hypersonic Weapons 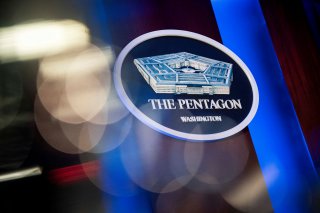 The Army and Navy have conducted a ground-breaking test of the Common Hypersonic Glide Body (CHGB), which will arm the Navy’s Conventional Prompt Strike weapon and the Army’s emerging Long-Range Hypersonic Weapon.

The test, known as the “flight campaign,” was conducted by Sandia National Laboratories. It is part of the Navy’s accelerated effort to fast-track a new generation of hypersonic weapons to operational status.

“This test demonstrated advanced hypersonic technologies, capabilities, and prototype systems in a realistic operating environment,” according to a Navy press statement.

A deal between the U.S. Army Hypersonic Project Office, Dynetics Technical Solutions and General Atomics Electromagnetic Systems (GA-EMS) are working together to make sure that the CHGB meets the Navy’s needs. Dynetics, operating with technological, electrical and manufacturing support from GA-EMS, is producing twenty prototype glide bodies.

The CHGB is a warhead that is thrust into the atmosphere at hypersonic speeds traveling five or more times the speed of sound. Once airborne, it can skip along the upper boundaries of the earth’s atmosphere before using the speed of its descent to impact a target. That target will be destroyed by the sheer force and speed of impact.

“We bring expertise in manufacturing highly complex systems, a long-standing relationship with Sandia National Laboratories, and prior experience on the Block 0 glide body, to this high priority national security program,” Scott Forney, president of GA-EMS, said in a company statement.

The Navy press statement on the test offered little detail but did say the services were pursuing an ambitious testing schedule to ensure hypersonic weapons are accelerated with a sense of urgency.

While both the Army and Navy weapons will use the same glide body, each military service will tailor its launchers and weapons systems to accommodate it, according to the Navy press statement.

The principle tactical advantages of a hypersonic weapon are not solely related to speed to impact and in-flight maneuverability. The tremendous challenge the weapons present to an enemy’s ground and space-based sensors and radar detection systems is one of those advantages. A Congressional Research Service Report on hypersonic weapons explains that the speed and parabolic trajectory of a ballistic missile make it possible for ground-based radar to track its approach during the earlier phases of its flight. But hypersonic weapons are far more difficult to track because they can quickly travel from one radar “field of regard” or aperture to another, making it nearly impossible to establish any kind of a “continuous track.” Also, the report explains that even if the weapons are detected, then that would not occur until the end of its trajectory, which would offer the target little or no time to respond or counterattack.