Weird: Why the Heck Did India Send an Ancient MiG-21 to Fight an F-16? 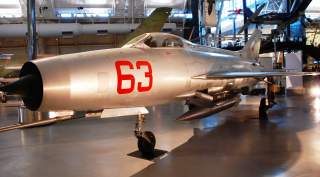