Welcome to 2026 (and the U.S. Is About to Invade Iran): Operation Iranian Freedom 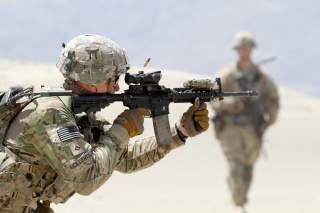 As I walk through my company’s assembly area, I face the insomnia and nervousness that millions of people have faced throughout history. I wonder if I have done enough to prepare my soldiers. I wonder how my father and my grandfather felt when they stood on this ground decades ago. I worry that I won’t bring credit upon the U.S. Army, my family, my fellow female commanders, and myself. No matter what the party line is, I know the actions taken by women in Operation Iranian Freedom will receive a high level of scrutiny. While I worry about the second and third order effects in this operation, especially the interactions between Iraq’s Sunni Arabs and the Iranian Shi’ia, I know I can only focus on what I can positively control. I can control my actions, I can influence those around me, and I can set a positive example for my soldiers.

This piece first appeared in the Strategy Bridge here in 2016.

How Iran Would Go to War against America