Welcome to the Club: Turkey Says Yes to Sweden and Finland’s NATO Bids 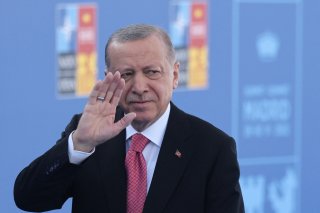 Sweden, Finland, and Turkey announced on Tuesday that they had reached a joint agreement, ending Turkey’s weeks-long veto over the two Scandinavian nations’ accession to NATO, according to Reuters.

The commitment was announced following four hours of closed-door discussions between representatives of the three countries in Madrid, where NATO’s annual summit is being held this week.

The breakthrough and the announcement of the pact helped to avert a potential embarrassment at the event, to which Swedish and Finnish representatives were invited as candidate members. Following the summit, the two nations will embark on an admission process, ensuring joint operability between the militaries of Sweden, Finland, and the thirty members of the NATO alliance.

The deal between Sweden, Finland, and Turkey was reportedly reached after the two Scandinavian countries agreed to prioritize Turkey’s extradition requests for Kurdish leaders living there.

Turkey has maintained an ongoing struggle against Kurdish forces in southern Turkey and northern Syria, which have historically engaged in rebel activity against the Turkish government.

Although the PKK is regarded by both Turkey and the European Union as a terrorist organization, Turkish officials have long accused the two countries, particularly Sweden, of harboring members of the group. As part of the agreement, the two nations vowed “full cooperation with Turkey in the fight against the PKK and its affiliates,” according to the office of Turkish president Recep Tayyip Erdogan.

Sweden and Finland also reportedly agreed to end their partial arms embargoes on Turkey, imposed in 2019 following opposition to a Turkish military intervention in Syria.

NATO’s northern expansion places the two northern European nations alongside Norway and Denmark, both inaugural members of the alliance at its foundation in 1949. Turkey joined alongside Greece in 1952 during the early years of the Cold War against the Soviet Union.

Although both Sweden and Finland remained neutral during the Cold War, both nations expressed outrage toward Russia’s invasion of Ukraine in late February, characterizing the attack as a naked war of aggression by expansionist-minded Russian leader Vladimir Putin. Swedish and Finnish accession to NATO would roughly double the alliance’s border with Russia and could place NATO forces or assets within one hundred miles of Saint Petersburg, Russia’s second-largest city.

The development is certain to be the most consequential addition to NATO since 2004, when former Soviet constituent republics Estonia, Latvia, and Lithuania joined the alliance, along with formerly Soviet-aligned Romania and Bulgaria in southeastern Europe.