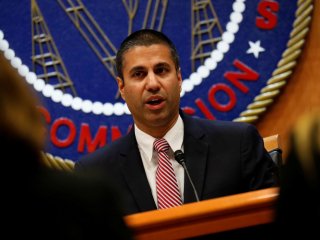 Day after day, more states and entire countries are issuing stay-at-home orders in an attempt to curtail the spread of coronavirus. It’s forced millions of people to work from home and students to learn remotely as much as they can. Fearing a strain on its Internet Service Providers (ISPs) upon seeing early signs of struggle in Italy after lockdown orders were issued, the European Union (EU) resorted to counterproductive measures. Rather than take action to expand access to the spectrum (frequencies that our signals travel over), like the United States, the EU actually requested providers to downgrade their streaming quality. The latter method, of course, is far less optimal for customers.

Thanks to the increased demand, European regulators recently asked streaming services like Netflix and Youtube to “use standard definition when possible” to keep the internet from buckling under the strain. This isn’t too surprising—Europe’s internet had been struggling even before the crisis, with average speeds less than half the standard speeds offered in America. The older infrastructure across Europe is partially to blame for the slower speeds.

The EU has been trying to address this for many years, but had little success. Back in 2010, they had set a goal of getting 30 Mbps coverage (a decent speed) across the entire EU by 2020, with 50% of households having access to 100Mbps speeds. But an EU special report released at the end of 2018, a little less than two years away from the deadline, showed that the EU would be hard-pressed to achieve those goals. An overwhelming majority of EU member states hadn’t even reached 30Mbps speeds. And none of them had reached the more ambitious goal of 100Mbps for half of their households. Why? Well, spending rules in the EU that restrict how much member states are able to invest, coupled with a Commissioner for Competition with an unfriendly attitude toward tech companies, has spurned a lot of the investment opportunities that could have helped improve the EU’s internet infrastructure.

In the United States, quite the opposite approach has been taken, both during this unprecedented pandemic and otherwise. For instance, in 2018 alone, the United States invested $290 billion dollars in its internet infrastructure. This is why FCC Commissioner Brendan Carr hasn’t felt the pressure to take such drastic measures as the EU’s intentional throttling of streaming services. “The performance of the networks up to now doesn't give any indication that we’re going to be in that type of situation,” he said. Many service providers similarly conveyed Carr’s confidence. For example, AT&T CEO Randall Stevenson recently said that although the network displayed “some signs of stress” due to increased use, it’s performing well.

In light of the current circumstances, the FCC has also taken steps to ease the strain on customers. Ajit Pai, Chairman of the FCC, started an initiative called Keep Americans Connected, which has garnered widespread support and over 500 signers. This pledge is a promise by companies to:

Fortunately, many companies have actually gone above and beyond the standards set in the pledge, offering free services and broadband to low-income households and students.

But the FCC’s efforts haven’t stopped there. Recently, it granted special temporary authority for thirty-three wireless ISPs to tap into an underutilized section of the spectrum for the next sixty days. This enables local ISPs to be able to meet the (dramatically) increased needs of their customer base during this time of crisis, particularly in rural communities, where access is typically more sparse.

It’s great that the FCC has taken a fundamentally different approach than Europe when it comes to the internet and technology. The United States’ willingness to allow for the investment in infrastructure has afforded these companies the opportunity to be ready for crisis moments like this without compromising quality, unlike its European counterpart. And the FCC’s swift action in recent days is ensuring that more Americans get high-quality, fast internet when they need it most. As it looks to address its aging infrastructure and any emergencies in the coming years, perhaps the EU will follow suit. But, for the sake of those Europeans stuck at home for the foreseeable future, it’d be best if it were sooner rather than later.