What Are Russian Assassins Doing in Turkey? 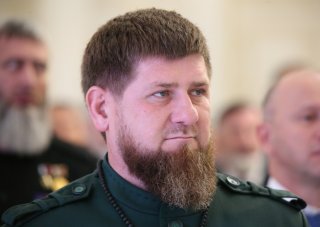 Four Russian nationals have been arrested in Turkey on suspicion of plotting the assassination of Chechen dissidents living in the country, according to the Turkish state-run Anadolu news agency.

In all, six suspects were arrested in the southern city of Antalya on October 8, including the four Russians, a Ukrainian, and an Uzbek. While the men’s targets were not specified, Turkish officials speculated that they had found the whereabouts of several Chechens living in Turkey and were in the process of gathering weapons and planning their attacks.

On Thursday, an Istanbul court remanded the men to prison and charged them with espionage, which carries a prison term of fifteen to twenty years.

The Russian government denied knowledge of the incident, claiming that it was unaware of any of its citizens being charged with espionage, according to comments made by Kremlin spokesman Dmitry Peskov to the Russian Izvestia newspaper.

Peskov noted that if the Turkish government had detained Russian citizens on suspicion of espionage, protocol dictated that it would have informed the Russian Embassy, which it did not.

A constituent Russian republic in the southern Caucasus, Chechnya attempted to secede from Moscow after the fall of the Soviet Union, leading to a pair of bloody and high-profile wars centered around the Chechen capital, Grozny. While the Chechens briefly gained de facto independence from 1996 until 2000, the renegade province was defeated in 2000 and re-entered Russian control. A decade-long insurgency by Chechen militants followed, sparking a series of terrorist attacks in Moscow and elsewhere in Russia.

While the terror campaign was ultimately defeated, many Chechens continue to live abroad and criticize the regime of Chechen Head of State Ramzan Kadyrov, who is widely characterized as a loyalist of Russian president Vladimir Putin.

Much of the Chechen diaspora lives in Turkey, where several high-profile dissidents, such as Abdulvahid Edelgiriev and Ruslan Israpilov, were assassinated in the mid-2010s. Investigation of those cases by Turkish security officials implicated the Russian government in the plots.

While attacks on dissidents in Turkey have decreased, they have continued elsewhere. In August 2019, Zelimkhan Khangoshvili, a Chechen Georgian who had served as an officer in the Chechen Army during the 1990s and the Georgian Army during the Russian invasion in 2008, was shot to death in a Berlin park. The assassin, who was captured by German police, was alleged to have been an operative of the Russian FSB security service.