What Can We Learn From the Failed Smart-City Development Project in Canada? 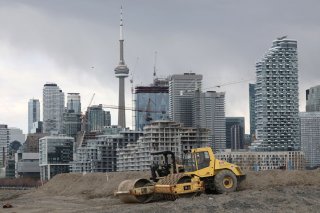 On May 7, the Google company Sidewalk Labs announced that it was withdrawing from its partnership with Waterfront Toronto, and its plans to create a smart-city neighbourhood called Quayside.

The surprise announcement — attributed by Sidewalk Labs CEO Daniel L. Doctoroff to “unprecedented economic uncertainty” produced by the current COVID-19 pandemic — brings to a close one of the most bizarre and ill-conceived policy debacles we’ve ever come across.

It is hard to exaggerate the extent to which the entire Quayside development was not just a mess, but an obvious mess. This was a multi-billion-dollar deal between a land-development agency with no previous experience with foundational smart-city issues like data and intellectual property and a tech company created in 2015, with no track record in urban development.

Built on data and secrecy

Smart cities are built on data, yet Waterfront Toronto and Sidewalk Labs proved extremely reluctant to even discuss data governance issues almost a year into their partnership. This, even though Sidewalk Labs’ main, if not only, competitive advantage is that it is an affiliate of Google, the world’s pre-eminent data company.

This was a project shrouded in secrecy, engulfed in scandals, featuring a governance style that could most charitably be described as “making it up on the fly.”

The Quayside debacle matters for all Canadians in two important ways.

First, Canada’s underdeveloped data governance framework would have meant that Waterfront Toronto, a land-development agency isolated from direct public accountability, would have had the power to shape subsequent and consequential Canadian data governance regulation.

Second, Sidewalk Labs’ presence in Toronto would have effectively committed Canada to a digital economic-development policy framework centred on a single foreign data company. Canadian policy-makers would have been under enormous pressure to regulate in the best interests of Google, rather than Canadians and Canadian tech firms. While this mentality worked well for Canada in building a manufacturing base, an economy based on intangibles such as data and intellectual property doesn’t work the same way.

Even in failure, Quayside can teach us lessons about how to deal with the growing number of projects that have data or intellectual property components. We have the opportunity to design digital infrastructure policies that will contribute to our well-being. Some of the most important lessons (developed with our colleague, political scientist Zachary Spicer) include:

Don’t make policy with a vendor. Waterfront Toronto’s original sin in its March 2017 request for proposals was to share policy-setting on crucial issues like data and intellectual property with a private company. This is not just a problem for public accountability, but can lead to fundamental conflicts of interest when it comes to deciding who should control data and what should be done with it.

Develop data and intellectual property frameworks before entering partnerships with private entities. Waterfront Toronto’s other major error was not understanding the importance of data and intellectual property at the beginning. In a knowledge-based economy and society, data governance is a fundamental issue affecting economic development and fundamental human rights. Governments need policies to deal with these issue, and while there have been some moves on this front, we are woefully behind where we should be.

Develop digital expertise at all levels of government. In a scathing 2018 report on Waterfront Toronto, Ontario’s Auditor General concluded that neither Waterfront Toronto nor the province of Ontario had the expertise to deal with smart-city issues. This has to change, at all levels. We need people who understand how the digital economy is different from a manufacturing economy, and the related social policy issues.

Finally, urban development should start with the community and avoid “technological soultionism.” Sidewalk Labs started with a set of cool tech that they tried to convince Torontonians they needed. Instead, cities need to start by asking residents to identify their needs and then consider all possible options without assuming that the answer to every problem involves big data and new technology.

The two-plus years Waterfront Toronto spent pursuing this folly has left the Quayside project back at the starting line, but there’s no reason why we can’t learn from its mistakes.

We now have the opportunity to carefully develop smart-city policies in consultation with Canadians that will improve our standard of living and quality of life.