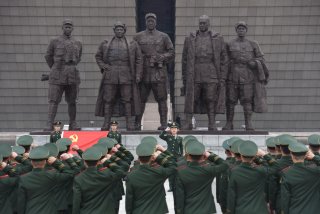 Though strong economic competitors, the two economies are inextricably intertwined largely owing to the respective robust tech and pharmaceutical industries. As China is set to be at the forefront of the global economy by 2050, India will perhaps be trailing behind at number two. China’s economic statecraft, the CCP’s economic influence over developing states through the BRI, and the likely shift towards a more protectionist global economy are all factors that pose as risks to existing democratic institutions as Xi pursues his desire for China to lead “a community for common destiny.” While China’s slowing economy and aging population will challenge Xi’s economic outlook, India can set aside hopes of being accommodated as an equal partner within any Chinese economic model. Xi’s economic mandate is unlikely to be severely weakened, especially considering his commitments to the tech industry and the fact that the CCP is no stranger to economic reform.

The CCP’s Sino-centric “Peking model,” based on the exemplification of the party’s image abroad, has undoubtedly been heavily compromised by the Covid-19 pandemic. India clearly does not configure within this model as an equal and is likely to more seriously challenge China’s attempted supremacy in times to come if it has to mark its presence in world politics.

As the CCP gears up for its centennial anniversary, there is an expectation of a big show of China’s achievements domestically and internationally. A grand celebration on the part of Beijing’s leadership under Xi Jinping would help reinforce the country’s popular nationalism within the CCP’s rhetoric, strengthening its security and foreign policy. These achievements will push Xi’s agenda, as he elevates his position from “General Secretary” to “Party Chairman” at the twentieth CCP meeting in 2022—a title previously held only by the legendary Chinese leader Mao Zedong. So, over the coming months, Xi must display his accomplishments and leadership abilities to fully realize the “Chinese rejuvenation” that he promised to Chinese people.

India must, therefore, anticipate an even brasher, more formidable international outlook that puts China ahead of all. New Delhi’s immediate challenge will be managing an authoritarian China while not allowing already damaged Indian-Chinese ties to collapse further. In other words, India’s leadership will be tested to maintain a balance between “relationship” management to “regime” management with China. The CCP will be looking to push its limits and test the resolve of its competitors, and India would definitely be a critical component on its foreign policy radar.

Dr. Jagannath Panda is a Research Fellow and Centre Coordinator for East Asia at the Manohar Parrikar Institute for Defence Studies and Analyses, New Delhi. Dr. Panda is the Series Editor for “Routledge Studies on Think Asia”. He is the author of India-China Relations: Politics of Resources, Identity and Authority in a Multipolar World Order (Routledge, 2017). He is the editor/author of India and China in Asia: Between Equilibrium and Equations (Routledge, 2019); and co-editor/co-author Chinese Politics and Foreign Policy under Xi Jinping: The Future Political Trajectory (Routledge: 2021).