What Does a State of Emergency Mean for the Coronavirus Crisis? 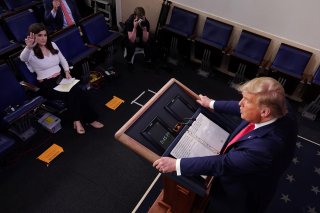 States have statutes that give police powers to the government in situations like hurricanes, fires or disease outbreaks.

But as experts in public health, we know that different states empower different types of officials to declare an emergency. This is important because a lack of clear lines complicated the response to Hurricane Katrina in Louisiana and, later, Hurricane Rita in Texas.

Pres. Donald Trump: "To unleash the full power of the federal government... I am officially declaring a national emergency." http://abcn.ws/2TYW18W 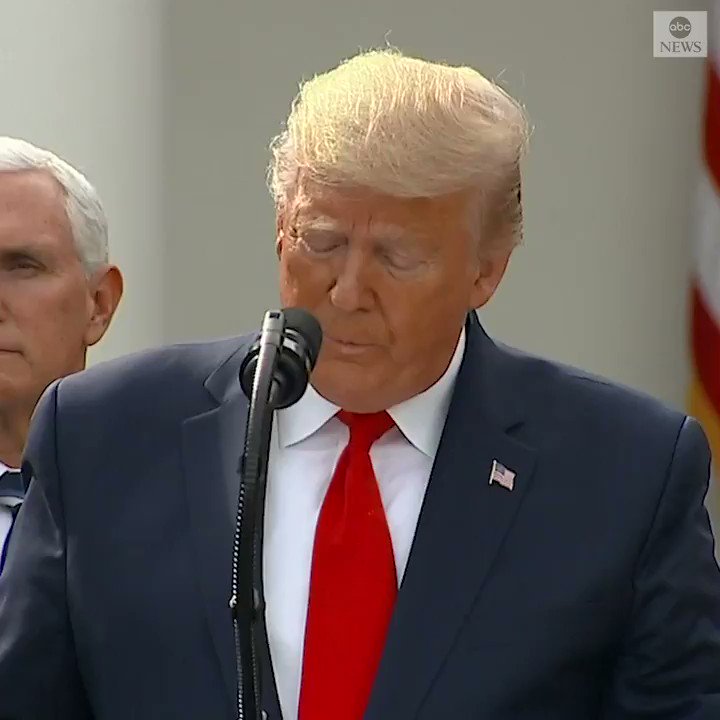 179 people are talking about this

In most states, the power to declare an emergency lies with the governor. Several have used this authority in cases of weather emergencies or severe flooding, for example.

In some states, both governors and local officials like mayors have the authority to grant such a declaration. Although Gov. Andrew Cuomo declared a state of emergency on March 7, New York City Mayor Bill De Blasio – though having declared a state of emergency in the city on March 11 – kept schools open until March 15. The dual lines of authority underscored the struggles that can unfold between mayors and governors.

The federal government also has power to prevent disease transmission across states and territories because of the 1974 Stafford Act. Evoking this is contingent on a governor’s request, based upon “a finding that the disaster is of such severity and magnitude that effective response is beyond the capabilities of the state.”

In the case of COVID-19, the Department of Health and Human Services, using the federal Public Health Services Act, invoked federal powers to prevent “cascading public health, economic, national security and societal consequences.” In addition to this, federal authority empowers the Centers for Disease Control and Prevention to examine and quarantine anyone entering the U.S. or traveling across state lines.

Another key rationale for invoking emergency powers is to trigger federal disaster relief to states. The amount is being debated in Congress as we write.

Before getting federal assistance, the governor must declare a state of emergency and begin to follow the state’s emergency plan, a provision which emphasizes that the state is the primary authority in the disaster. That is important because emergency powers not only allow state governments to “provide for” populations, but also “decide for” individuals in ways that might limit their rights.

The idea is that sticking to normal legislative processes and legal standards takes time – and that during a crisis delays could cost lives. In an outbreak, such limits on individual rights involve travel restrictions, social distancing measures and isolation and quarantine.

Protecting everyone at once

During an outbreak, people typically accept limits on the liberty of those who are infected as necessary to protect the uninfected.

It doesn’t matter if a person with COVID-19 wants to go to the mall, for example. As a society we are willing to order that individual’s confinement to protect others. But what distinguishes the U.S. from authoritarian nations is that those whose compelled, for instance, into confinement, can always challenge those orders in a court of law.

Emergency powers also allow state and federal governments to cancel public events and close businesses. These kinds of measures are designed to keep unexposed folks safe at home but also to protect those who would be willing to risk getting infected at a bar, restaurant or concert hall.

Emergency orders that protect us from our own poor judgment are the most controversial. After all, we often allow adults to take risks that could harm them. Smoking is legal. In some states, so is riding a motorcycle without a helmet. Neither do we prohibit adults from participating in “extreme sports,” such as rock climbing, sky diving or auto racing, knowing well that some will suffer injuries from these activities.

An outbreak is different. Even mild or asymptomatic COVID-19 cases pose a risk to others. And every case poses a risk to health care personnel, who are called on to treat the most serious cases of infection and who run a high risk of infection. Furthermore, health care systems become strained with a scarcity of human and other resources, including beds, respirators and masks.

Ultimately, emergency public health orders slow the spread of disease, protecting individuals by limiting some choice regardless of their personal perception of risk. This both prevents new infections and protects the ability of the health care system to save lives.

Amy Lauren Fairchild is Dean and Professor at the College of Public Health at The Ohio State University.

Marian Moser Jones is an Associate Professor and Graduate Director of Family Science at the University of Maryland.