What Elon Musk Gets Right on Ukraine 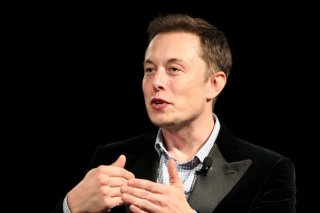 “I’m a big fan of Ukraine, but not of WW3,” tweeted Elon Musk, in response to a tweet by the Kyiv Post urging him to reconsider his suddenly-realist position. The stand is so logically obvious that it doesn’t need defending. Everyone, in a fit of passion, started to side with Ukraine in this peripheral conflict when the Russian invasion started. Almost nine months and billions of dollars later, the war is nowhere near its end, and winter and inflation are looming in the West. No one was more exemplary of this fit of passion than Elon Musk, who aided Ukraine with Starlink during the peak of the war.

But as Ukraine’s war aims started to shift from defense to reconquest with the catastrophic risk of a nuclear war, Musk, like any sensible person with a functioning brain, was worried. No one wants New York to be vaporized in a bid to reconquer Crimea. If the Western aim is preventing a Russian local hegemony, that has already been achieved with Russian forces failing to capture Kyiv. The Ukrainian War aims are limitless and constantly shifting, from retaking Crimea to toppling Vladimir Putin, and Kyiv is more than happy to drag the West along, and no one can blame the Ukrainians for that ambition. It is, after all, their country, and they have been given hopes of unlimited aid.

But that did not stop the abuse Musk received on Twitter, from hundreds of Ukrainian flag bios and anonymous bots. Gary Kasparov, who has never seen a war he didn’t want the United States to join, called Musk a moral idiot, to which Musk caustically replied, “We gave Starlinks to Ukraine & lost $80M+ in doing so, while putting SpaceX & myself at serious risk of Russian cyberattack. What have you done besides tweet?” Ukrainian leader Volodymyr Zelenskyy replied to Musk’s tweet with a poll asking who is better, a Ukraine supporting Musk, or a Russia supporting Musk. Ukraine’s outgoing ambassador to Germany, Andrij Melnyk, tweeted an expletive-ridden reply. Hundreds of other Ukrainians joined in. Banished Russian tycoon Mikhail Khodorkovsky wrote, “The choice is simple: do you wish to live in a world of freedom and partnership or a world at the mercy of tyrants? If America is still America, then I hope it will maintain and step up its support for Ukraine.”

None of them could be faulted. Ever since the war started, Ukrainians were given the impression that they are the West, that their struggle to the fullest extent is Western struggle, that they are quite simply a non-taxed state of the United States or a member of the European Union, that their bloodshed and war aims are ours, that they can expect every escalation and demand to be met, unconditionally. In the name of that cause, they were given a practically unlimited supply of weapons and material and money. Their government and budget are practically run by U.S. taxpayers, even during a time of high inflation, with billions of dollars printed in foreign aid. It is quite understandable, therefore, that they suddenly feel betrayed as the West’s war aims change in contrast to their own. Elite opinions in the West have started to shift, both in the pages of the Washington Post and the New York Times. U.S. intelligence has leaked stories about Ukrainian war aims and secret attacks inside Moscow. Videos of Zelenskyy demanding preemptive nuclear strikes on Russia which will lead to a full-on nuclear exchange between the Washington and Moscow are all over the internet.

The interesting implication to ponder is what those egging for a nuclear war and unlimited support for Ukraine feel about the increasing reticence of Western taxpayers, who have thus far supported Ukraine, even during high inflation, even at the cost of their own declining living standards, often without a choice or voice to back out, but are now having some doubts. If Musk, a man who did so much for Ukraine, can suffer a reputational loss for taking a rare realist position of sanity, what are the chances for the normal taxpayers during a world war hysteria?

Ukraine is, of course, not the West, nor should one risk nuclear escalation for peripheral territories like Ukraine, or amorphous values like “democracy,” which is at best virtue signaling and at worst a call for a Trotskyist global crusade and perpetual war. But the entire Musk scenario is an important time to revisit the wisdom of Niccolo Machiavelli and the hysteria from banished men. Machiavelli wrote in one of his sharpest criticisms of foreign influence in a republic, that:

It behoves us, therefore, to remember how empty are the promises, and how doubtful the faith, of men in banishment from their native land. For as to their faith, it may be assumed that whenever they can effect their return by other means than yours, notwithstanding any covenants they may have made with you, they will throw you over, and take part with their countrymen. And as for the empty promises and delusive hopes which they set before you, so extreme is their desire to return home that they naturally believe many things which are untrue, and designedly misrepresent many others; so that between their beliefs and what they say they believe, they fill you with false impressions, on which if you build, your labour is in vain, and you are led to engage in enterprises from which nothing but ruin can result.

Musk’s fundamental interest is the survival of the land he dwells in, in this case, the republic of the United States. The same might not be said about some other influence peddlers, who would be more than happy to drag America to liberate their native lands, even at the risk of total ruination. This distinction in motivation is important to understand, as the future of the republic depends on it.

Sumantra Maitra is a national security fellow at the Center for the National Interest and an elected Associate Fellow at the Royal Historical Society. He can be reached on Twitter at @MrMaitra.