What If America's New Stealth Bomber Could Also Win a Dog Fight? 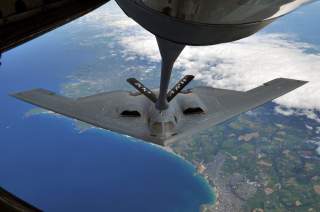 Key point: Bombers have been used in some fighting roles.

Robert Farley, a frequent contributor to The National Interest, is a Visiting Professor at the United States Army War College. The views expressed are those of the author and do not necessarily reflect the official policy or position of the Department of the Army, Department of Defense, or the U.S. Government. This first appeared earlier in 2019.