What If Future Naval Wars Are Fought by Drones and Robots? 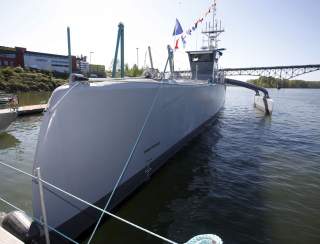 Key point: AI-controlled (or at least partially-controlled) warships could be used on the front lines of tomorrow's naval wars. The United States is racing ahead with these technologies and its major rivals are following suit.