What it Takes to Become One of the Marine Corps’ Elite 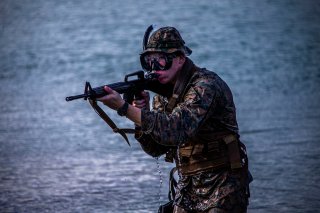