What Makes Iran Powerful? Think of It As a Fortress. 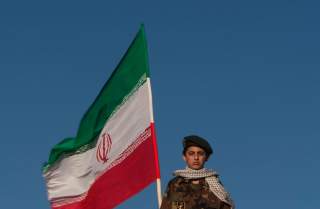