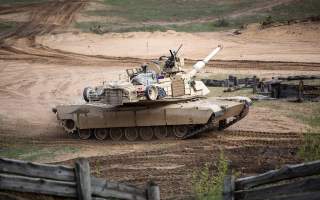 “‘Vous voyez le malheureux Mack, (You see the hapless Mack’)” was purportedly how Austrian general Karl Mack von Leiberich introduced himself to Russian field marshal Mikhail Kutuzov at the latter’s field headquarters in Upper Austria in October 1805, according to Leo Tolstoy, after having suffered one of the worst military defeats of the Napoleonic age.

A few days earlier the hapless Mack had to surrender an entire Austrian army of thirty thousand men to emperor of the French, Napoleon Bonaparte, in Bavaria. The mass capitulation was the culmination of a fifteen-day French campaign during which the Grande Armée neutralized almost seventy thousand Austrian troops, thirty generals and over one hundred guns principally through rapid deployments. Outmaneuvered and outgeneraled, Mack had no choice but to give himself up near Ulm on October 19, 1805.

Napoleon Bonaparte crushing an opponent was already old news by October 1805. However, what would forever turn the “defeated Mack” into the “hapless Mack” in the annals of military history was the fact that the Austrian general was defeated, his army and the campaign lost, without having fought a major engagement—a rare occurrence in an age defined by the “allure of battle,” in the words of the historian Cathal J. Nolan.

Part of the reason for this nearly bloodless defeat was Napoleon’s generalship. As the Duke of Wellington noted, the French emperor’s mere presence on the battlefield was worth forty thousand men. However, the other cause was the Grande Armée itself, in particular its organizational structure. For the first time, Napoleon took to the field with an army comprised of more or less autonomous units, the so-called corps.

It was these autonomous corps, in addition to his skills as a commander, that most contributed to his victory at Ulm in October 1805. By masterly deploying the corps, Napoleon outmaneuvered the Austrians and was able to temporally achieve what in nuclear strategy literature has been called “escalation dominance,” i.e., the threat to unleash more destructive power against an opponent than he can muster and as a result deter him from fighting.

Mack was deterred from engaging Napoleon in open battle in October 1805 because he knew Napoleon’s corps had the capability to completely annihilate his entire army. There was no choice for the unfortunate general but to surrender. The experience of Mack at the hands of the French serves as a useful case study to illustrate the importance of an often neglected component in military affairs: force composition and structure.

It was the composition and structure of the French Army that enabled Napoleon to dominate the Austrians. Indeed, rather than any disruptive military technologies altering the military balance, success on the multi-dimensional battlefield of the twenty-first century could depend upon the creation of a revolutionary new force structure akin to Napoleon’s corps system that will enable an army to dominate its opponent. Consequently, while studying military force structure may not be as thrilling as high-tech weapons systems, a closer look is warranted.

Derived from Napoleon’s 1805 Ulm campaign and applied to the 21st century, this essay will make two assertions: First, autonomy, defined in this context as the ability of a force to continuously operate within communications-denied environments without centralized logistical support, will continue to hold the key to future military victory. Second, as a corollary, future land forces will need to be composed of autonomous units capable of independent military operations to successfully deter or if need be defeat an adversary. In sum, increased autonomy will not only make future land forces more resilient against any opponent, but will also be a key ingredient in prevailing in a future hybrid warfare environment where the disruption of communication and supply lines of conventional forces by state and non-state actors is a key feature.

Ulm was Napoleon’s only campaign that he won with no major battle. It was also the lone campaign launched by Napoleon that was preceded by an extensive training and reorganization period for his forces. As a result of the training and the restructuring of his force, he succeeded in forcing the Austrians to surrender.

The principal objective of Napoleon’s corps reorganization was to create a smaller, more maneuverable force, which contained all capabilities of an organized army. Each corps consisted of two to four infantry divisions, a brigade or division of light cavalry, artillery batteries, and a small number of engineer and support troops. Corps sizes could range considerably. As Gunter Rothenberg notes, in 1805, the year that the corps system was officially adopted, the IV Corps consisted of 41,000 men while the VI Corps numbered 24,000 and the VII around 14,000 troops.

This small force was supposed to be capable of operating completely independent from the main body and would have to withstand a large-scale enemy attack for at least twenty-four hours. Napoleon deployed his corps so that no one corps was further than a day’s march from another. “March separately, fight united,” was the French emperor’s axiom. Napoleon summarized his corps principal as follows: “Here is the general principle of war—a corps of 25,000-30,000 men can be left on its own. Well handled, it can fight or alternatively avoid action, and maneuver according to circumstances without any harm coming to it, because an opponent cannot force it to accept an engagement but if it chooses to do so can fight alone for a long time.”

At the time of Ulm in 1805, the Grande Armée consisted of seven French and one allied corps. In addition, Napoleon fielded the Army Cavalry Reserve (six heavy mounted divisions), the Army Artillery Reserve (25 percent of all French artillery fire power), and the seven thousand-strong Imperial Guard, all under his personal command. The re-organization increased both the sustainability and maneuverability of the army. The dispersed corps also created a swarm effect that forced opponents to deal with multiple threats and a force postured in width rather than in breadth, presenting multi-azimuth vectors of potential attack rather just one main force. The ultimate goal was to march into an enemy’s rear, cut his lines of communication and force him to fight at a disadvantage, or compel him to retreat or surrender.

The latter is ultimately what happened to Mack and the Austrians at Ulm in October 1805.

A Maneuver Force for the Twenty-First Century:

What lessons are to be taken from the Napoleonic corps reform?

Applied to twenty-first century Europe, Napoleon’s example suggests the expansion of more autonomous units at the brigade level. (The brigade is the principal building block of current land forces in Europe and the United States at the operational level as was the corps in early nineteenth century France.) These units would be capable of rapid maneuvering in a future warfare environment and sustain themselves until the arrival of reinforcements.

[The modern battlefield] demands formations capable of conducting semi-independent, dispersed, mutually supporting, combined-arms operations with capabilities deployed to or accessible at the lowest practical tactical echelon to generate and exploit some advantage over the adversary. These scalable and task-organized units possess the essential ISR, firepower, endurance, and mobility to operate as distributed combined arms-capable forces (…).

However, the U.S. Army proposal does not go far enough. Modern land forces will need to be genuinely capable of complete independent operations—for a number of days—notwithstanding a breakdown of communication and supply lines and the unavailability of strategic intelligence, surveillance and reconnaissance (ISR) assets to deter or, if need be, defeat an enemy on the battlefield of the twenty-first century. Similar to the nineteenth century French corps, these units need be completely autonomous for a period of time and capable of operating in contested or denied battlespaces. As, for example, U.S. Army lieutenant general Aundre Piggee recently put it: "Our goal [is] to have brigade combat teams sustain themselves for seven days without resupply.”

At the moment, European (and to a lesser degree U.S.) ground forces are far from even fielding semi-independent (not to mention autonomous) maneuver forces and rapidly deploy them to achieve escalation dominance. According to a RAND study, while Britain, France and Germany could each muster and maintain a heavy brigade in, for example, the Baltics, their mobilizations would not only take up to a month (excluding the time to transfer the units to the front) but would also raise questions “regarding the capabilities that those forces might have at their disposal or their aptitude for the kind of warfare that fighting the Russians might involve.”

The Return of the Voltigeur:

Furthermore, as warfare in this century will increasingly become more urban than rural—by 2050, nearly two-thirds of the global population will live in cities—heavy autonomous units alone will simply not have the capacity to conduct operations in such an in environment without additional support. Save for the shift from rural to urban terrain this is nothing new. Even Napoleon’s heavy elements in the various corps—the line artillery, infantry and heavy cavalry—were shielded by lightly armed forces such as hussars and skirmishers.