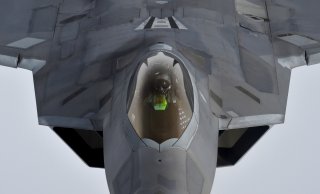 On June 25, the Pentagon released a brief report on its program on “unidentified aerial phenomena” (UAP)—better known to the public as “unidentified flying objects,” or UFOs.

For hard-core UFO enthusiasts, the report was most likely a disappointment. The nine-page document contained little additional information about “UAP”; instead, it broadly summarized the Pentagon’s research, and concluded, after studying 144 reported incidents, that it had no explanation for 143 of them.

Therefore, for those seeking to learn more about the mysterious aerial phenomena, the report is, therefore, likely to be a letdown. However, it has provided a degree of insight into how the government collects data on reported UFOs and analyzes it.

The report divides all “UAP incidents” into five categories: “airborne clutter, natural atmospheric phenomena, USG or U.S. industry development programs, foreign adversary systems, and a catchall ‘other’ bin.” In essence, if the UAP could be identified, they would be sorted according to their type and country (or, theoretically, planet) of origin.

The Department of Defense’s UFO investigation program is called the “Unidentified Aerial Phenomena Task Force.” It is responsible for following up on all reports concerning UFOs—but states that it “focused on reports that involved UAP largely witnessed firsthand by military aviators and that were collected from systems we considered to be reliable.” In other words, the reports of veteran pilots were given greater credence, as pilots presumably would have better judgment—and would be more experienced in determining what aerial phenomena were unusual and which were not.

Prior to 2019, the report states, there was no organized way for military pilots to report UAP sightings. In March 2019, the U.S. Navy set up a reporting mechanism for its pilots, and the Air Force followed suit in November 2020. Because there were no reporting protocols until very recently, sightings were not submitted, and the UAPTF was limited in the number of cases it could investigate.

The report suggests that the low number of reports also stems from an institutional bias against taking UAP seriously:

Narratives from aviators in the operational community and analysts from the military and IC describe disparagement associated with observing UAP, reporting it, or attempting to discuss it with colleagues […] Reputational risk may keep many observers silent, complicating scientific pursuit of the topic.

UAPs vs. the Laws of Physics

The Department of Defense indicated that in eighteen separate events, UAPs were observed that defied normal movement patterns. The report notes that “some UAP appeared to remain stationary in winds aloft, move against the wind, maneuver abruptly, or move at considerable speed, without discernable means of propulsion.” In other words, the UAP seen could move unusually and were inexplicably unaffected by the weather.

The sole exception was “determined with high confidence [to be] a deflating balloon” and accordingly sorted into the “airborne clutter” category.

It was probably a cover-up.