What Rishi Sunak’s Victory Means for India and Indians 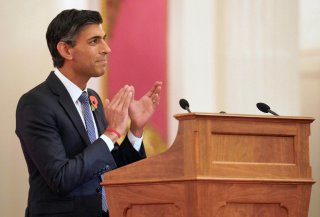 Following the resignation of Liz Truss after a mere forty-nine-day tenure, Indian-origin Rishi Sunak became the next leader of the United Kingdom’s ruling Conservative Party and the country’s next prime minister, on the day of Diwali, a major Hindu festival. The historic success of a forty-two-year-old Indian politician making it to the top post of India’s former colonial master has again triggered intense interest from India’s diaspora around the world. But more to the point, this victory, hailed as a Barack Obama moment, also means one more sample that encourages and roots the Indian diaspora in the context of self-confidence and self-expression.

The Indian diaspora is one of the most effective weapons of India’s soft power. With over 32 million members, India has the second-largest diaspora in the world after that of China. The power of the Indian diaspora is fueled by its strong organization and lobbying, as well as its members’ high-mettled pursuit of higher education qualifications to prove their worth, which also facilitates their climb of political ladders in the countries where they dwell in. Sunak, a son of conventional immigrant parents of Hindu Punjabi background, told journalist Ben Judah in 2015, “My grandparents came with very little from a village in northern India, and two generations on, their grandson has this enormous privilege of running as a candidate for parliament. For my family, the route was education.”

Moreover, akin to Jewish grouping, the organizations and lobbies of the Indian diaspora act as significant stepping stones in various countries to have an impact on policymaking and advocate for New Delhi’s interests. Consider how the United States has implemented an India-specific waiver for Countering America's Adversaries Through Sanctions Act (CAATSA) sanctions on its purchase of Russian S-400 surface-to-air missile systems. And imagine the role of the Indian-American voice in the U.S. Congress, via the so-called Samosa Caucus, an informal grouping of Indian-American lawmakers in the United States. Or consider the existence of a precedential civil nuclear deal between Washington and New Delhi. And picture the effect of Indian lobbying.

Old generations of the Indian diaspora mostly sought a better standard of life, whereas new descendants have actively plunged into local politics in the countries where they dwell in. Currently, Portugal, Singapore, Mauritius, Seychelles, Suriname, Guyana, and Jamaica have people of Indian descent as heads of government or state, as well as the current U.S. vice president, Kamala Harris, and head of Canada’s opposition New Democrats, Jagmeet Singh, are also Indian origin.

For Indians, it is a particularly great phenomenon for an Indian-origin and a practicing Hindu politician to become head of government in the United Kingdom, considering Britain’s legacy of exploitation over the Indian subcontinent for two centuries. The sense of jubilation was quite clear from tweeted comments of senior politicians, as well as touted banner headlines on Indian media. The irony, of course, is that Sunak made history by becoming the first person of color to lead Britain, but this is a fundamentally British story. So, Sunak’s Indian heritage does not automatically mean any favors for things between New Delhi and London. We will have to wait and watch. As Judah pointed out, “Not only did the young Sunak fall in love with the game of cricket, he fervently supported England over India at any opportunity.” At the end of the day, he is the UK’s prime minister, not India’s. It should not be off the radar that Indo-British relations recently suffered a setback over visa comments made by British home secretary Suella Braverman, who is also Indian-origin and back in Sunak’s cabinet. Yet the widely-felt proper pride for the Indian diaspora is a nonignorable fact.

Soon after it became clear that Sunak became the next prime minister, Indian PM Narendra Modi congratulated him on Twitter: “I look forward to working closely together on global issues, and implementing Roadmap 2030. Special Diwali wishes to the ‘living bridge’ of UK Indians, as we transform our historic ties into a modern partnership.” Apparently, there is huge hope that Indo-British bilateral relations will get a much-needed impetus with the new Indian-origin prime minister, especially in the context of a Free Trade Agreement (FTA) that aims to boost trade from $31 billion to $100 billion by 2030.

In their first call, according to the White House, U.S. president Joe Biden and Sunak reaffirmed the “special relationship” that exists between Washington and London, vowed to support Ukraine and hold Russia accountable for its aggression, and counter China, which was identified as the United States’ top geopolitical and economic rival. Sunak has previously stated that while the first duty of a conservative prime minister is to do whatever it takes to keep the UK safe, China and the Chinese Communist Party are the “biggest threat” to the UK’s economy and national security.

At least for now, there is a possibility that Sunak’s symbolic value might be turned into the driving force behind India stepping into a more global role. Nevertheless, India is still likely to pursue its complex balance in international politics, and along with China should continue to seek common ground to handle differences.

Dr. Duygu Çağla Bayram is Ankara-based India specialist. She has a Ph.D. in International Relations and is the author of New Course in Turbulent Waters: The Indo-Pacific Narrative and India. Follow her on Twitter @DrCaglaBayram