What a Secret: The U.S. Used Super Fast Mach 3 Drones to Spy on China's Nuclear Weapons 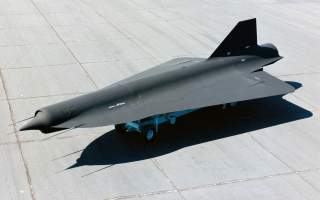 Made of titanium and weighing 12 tons, the 19-feet-wingspan D-21 in its early forms launched from atop a special variant of the A-12, the CIA's version of the Mach-3 SR-71. The A-12 in essence was the booster for the drone, climbing to 80,000 feet of altitude and accelerating to Mach 3.3 before separating from the pilotless vehicle.