What the U.S. Air Force Told Us About the B-21 Stealth Bomber 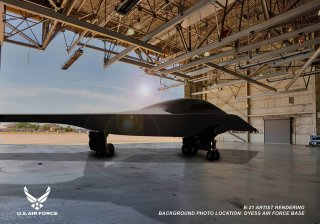