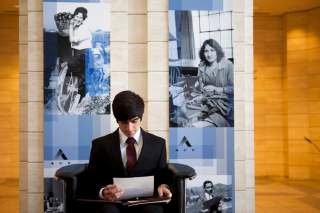 When summer approaches, many college students (and their parents) wonder how they can land the perfect internship. But what kind of résumé really impresses firms looking for interns? And how are the internships connected to the broader job market?

We are researchers who specialize in issues of labor economics and employment, particularly for interns and recent college graduates.

In a recent study we did on the demand for interns, we found that employers were more likely to contact applicants who had a prior internship. In other words, it often takes an internship to get an internship.

To shine light on what employers look for in a prospective internship, we sent about 11,000 fictitious résumés to firms to see how they would respond. The résumés contained information about the candidates’ GPA, major and previous work experience. These fictitious applicants presented themselves as students at one of 24 large public universities. They were also assigned distinctively black- and white-sounding names.

We applied for internships in all regions of the U.S. in the fields of marketing, research and business, which represent the majority of internships that were advertised. We applied both to paid and unpaid internships and recorded a “positive response” when firms requested further information or actually offered an interview.

Overall, we received a positive response from firms about 6% of the time. That’s about one response for every 17 applications. So one lesson is that students need to send out many applications for internships to land one eventually.

We found that applicants with better grades were more likely to hear back. The positive response rate was statistically significant – about 1 percentage point higher for applicants with a GPA of 3.8 or 4.0, versus 3.0 or 3.2.

We also found that students from more selective universities were more likely to receive a positive response.

Proximity and prior experience

We found that the probability of a positive response fell by eight-tenths of 1 percentage point for every time you double the distance of the internship from where the applicant lives. Students’ chances of landing an internship are greater closer to their university or home.

One of the results we found to be the most striking is that applicants with previous internships were about 25% more likely to be contacted about their application than applicants with other types of previous work experience – including jobs in restaurants, retail, campus sports, or volunteer work.

We found that this effect was particularly notable for part-time internships.

Internships play a big role in how well people do later on in their careers. If firms are more likely to respond to applicants for unpaid internships – and having prior internship experience substantially increases a student’s chances for getting subsequent internships – then the inability to take an unpaid internship because of financial reasons could hurt your chances of finding a job in the future.

In our data, just over 60 percent of internships are unpaid, but this percentage varies geographically. One of the most important things that determine whether an internship is paid is the unemployment rate in the local labor market. We found that places with lower unemployment rates are more likely to have a greater share of paid internships, possibly because firms are trying to entice applicants with an eye towards hiring them more permanently.

How can these disparities be addressed? Paying interns, as some politicians have suggested, could help. So could making internships part of the high school and college experience.