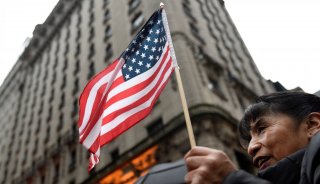 Interviewers often ask me: “What do you think the ‘ideal’ capitalist society would look like?” I believe there is an urgent need for more capitalism, but do not think anyone benefits from utopian ideas of the “perfect” capitalist society.

All countries suffer from government overreach and state interference in economic life. From the early 1980s until the beginning of the new millennium a definite movement emerged in many countries around the world to push back the state and carve out more freedom for market forces:

-In China, Deng Xiaoping launched a program of free-market economic reforms and introduced private property rights. The result: the proportion of the Chinese population living in extreme poverty fell from 88 percent in 1981 to less than 1 percent today.

-Great Britain, the “sick man of Europe” in the 1970s, saw Margaret Thatcher push forward with privatizations and tax cuts from 1979. The result: new companies and jobs were created and Britain’s economy rebounded.

-In the United States, Ronald Reagan implemented a series of free-market economic reforms from 1981 to 1989, unemployment and inflation fell and the economic situation for households all across America improved.

-Sweden cut taxes and deregulated the labor market in the 1990s, thereby eliminating the excesses of the socialist welfare state. This was the launchpad for a significant economic upturn.

-In Germany, Gerhard Schröder’s sweeping package of social reforms, Agenda 2010, was implemented in the early 2000s to overhaul the economy, cut taxes and restructure the labor market. The reforms halved unemployment and laid the foundations for a long-term economic upswing.

The State Strikes Back

The situation around the world is very different today. In China, those forces that place more emphasis on the role of the state have gained in strength. In the United States, Donald Trump is in power and has reduced taxes and deregulated in some areas, which is positive, but at the same time, he is pursuing protectionist policies that jeopardize the gains achieved by globalization. In Germany, no free-market economic reforms have been implemented since Gerhard Schröder. In fact, Germany has gone back to some of its bad old ways. A number of Schröder’s reforms have been reversed and many sectors of the economy—especially the energy industry, the housing industry and the automotive industry—are being saddled with increasingly stringent state intervention and regulation. In France, Emmanuel Macron has announced a program of crucial reforms, including drastic changes to the labor market, but he has met massive resistance from trade unions and has not been able to assert his vision in the face of entrenched statism.

In every country, libertarian movements have put forward alternative plans to counter people’s enduring faith in big government solutions. Unfortunately, national and regional libertarian organizations often remain far too weak to wield serious influence, in part because the arguments their members put forward are in many cases overly abstract and theoretical, which makes them difficult for broad sections of the population to understand. Some dream of a libertarian utopia with no central government—of a purely capitalist society in which the market determines everything. I am skeptical about all utopian ideals and against all concepts for a “perfect” society.

Capitalism, unlike socialism, is not a system conceived and constructed by intellectuals. It is an economic order that has developed according to the principles of evolution, just as animals and plants developed and continue to develop in nature, without the need for a centrally coordinated guiding plan or theory. One of the most important findings highlighted by the economist and philosopher Friedrich August von Hayek is that the origin of functioning institutions lies “not in contrivance and design, but in the survival of the successful,” whereby “the decisive factor ... is the selection by imitation of successful institutions and habits.”

My core argument against socialists is this: Where has your socialist utopia ever existed—in the real world, not in books? Socialists can’t give a single example of a real-life, effective socialist system. I ask the same question whenever I speak with proponents of libertarian utopias: Has a large-scale society ever implemented “pure” capitalism? Where and when has the vision of a libertarian utopia ever become a reality?

My main objection to socialists is that anyone can dream up an intellectual construct. And whenever contrived visions of a “perfect” or “ideal” society are compared with reality, reality is always going to come off second best. It would be no different to comparing an actual marriage with the idealized description of a perfect relationship in a tacky romance novel. However, this argument against socialists loses its teeth if the idea of a socialist utopia is countered with visions of a capitalist or libertarian one.

Another argument against socialism is that history is full of examples of people striving to design the “perfect” society. Without fail, their efforts always achieve the exact opposite. Dreams of a perfect world should be left to religions. “Political religions” of whatever kind seem to nourish a basic human craving for a better society. In a secular world, such ideologies rise to fill the void as religious beliefs decline.

Human happiness has never been enhanced by radical utopians. Most frequently, progress has been achieved by radical reformers—people such as Deng Xiaoping, Ronald Reagan and Margaret Thatcher. They were not trying to create a perfect society, they were acting pragmatically to push back the state wherever it was too strong. The goal today must be to “dare more capitalism”—and that means showing courage and committing to far more capitalism. Neither the “pure” capitalist society nor the radical-libertarian vision of a society without government have ever existed anywhere—and they will never exist.

Rainer Zitelmann is author of the book: “The Power of Capitalism.”