What Would Happen if a Foe Attacked a Navy Aircraft Carrier? 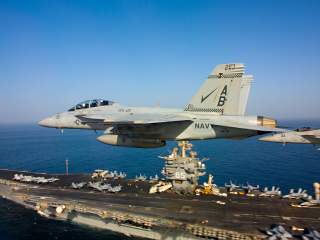