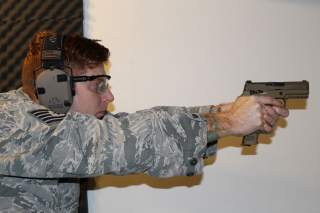 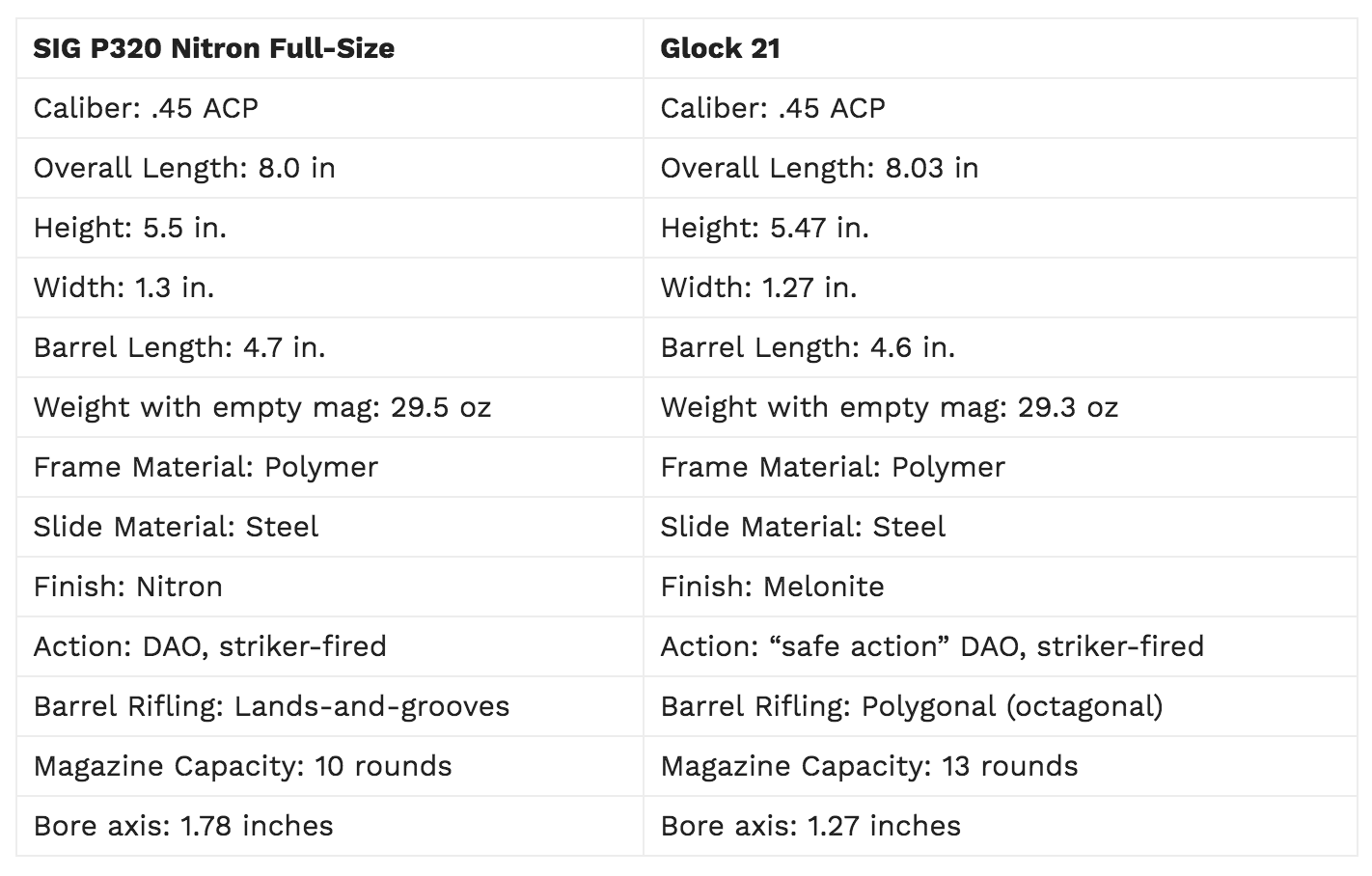 So apart from the two pistols being manufactured by two companies well known for their products’ reliability, they share a few similar things. But let’s look at how each is different from one another so we can decide which is better for your use case scenario.Both the SIG P320 and the Glock 21 are robustly made, reliable, have good fit and finish and use polymer frames. Both also use a DAO (double action only) trigger mechanism.

In contrast, Glock uses a ferritic-nitrocarburizing salt-bath process called Melonite(Glock enthusiasts argue that the company has always used Tenifer until 2011 when they first started using Melonite on Gen4 handguns — both Tenifer and Melonite are trademarked processes sold by the same company) to treat the slide’s surface.

But what could be the P320’s most defining attribute which would three years later win it the US Military’s (MHS) Modular Handgun System contract by besting other polymer pistols of competing gun manufacturers is its modularity, akin to the AR platform.

In fact it’s what SIG designed these pistols for. Inside the P320’s frame is a trigger assembly housed in a stainless steel chassis called the FCU (Fire Control Unit). It has the trigger and all the linkages and springs necessary for the gun to fire.

This FCU trigger assembly group can be removed and installed to four different size frame (full size, compact, carry and subcompact) by the user and requires no knowledge of gunsmithing or tools. This is achievable via SIG Sauer’s Caliber X-change kit.

Talking about the trigger, SIG Sauer states in their website that the P320’s trigger reset is short, cleaner and crisper compared to their competitors’ handguns (they were obviously making a reference to Glock’s pistols being their closest rival, as people who own Glocks regularly talk about how mushy the Glock trigger feels).

And disassembly is also supposedly safer because the trigger does not have to be pulled, eliminating potential risks of accidental discharges (again they were obviously making a reference to how a Glock pistol’s trigger has to be pulled to field strip the gun).