Whatever Happened to Google Glass? 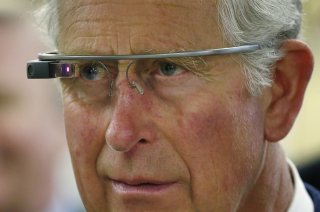 For a brief time in the early 2010s, Google Glass looked like the future of consumer electronics. Now, it's practically out of sight. What happened? The product, extremely quickly, went from very cool to very uncool.

Google Glass grew out of what was then known as Google X, which was Google's special products division. Consisting of a pair of eyeglasses supplemented by a head-up display, the product, more than one person stated at the time, made its users resemble the Borg from Star Trek.

The product, after a couple of years of developing prototypes, launched in an "Explorer" edition in 2013, as developers attending Google's I/O conference could buy a pair for $1,500. Per a Business Insider story at the time, only 8,000 people were included in the original Explorer program, at least in part on the strength of having written an essay on what they would do if they had Glass.

So, for a time, having snagged a pair was seen as something of a status symbol among the Silicon Valley set- and due to Google's onerous terms of service, participants in the program were not allowed to sell their Google Glass unit.

But it didn't take long for a sizable backlash to emerge against Google Glass. First, observers began to realize that since Google Glass had a camera, users could film those around them without their consent, even in places like public bathrooms. Bars and restaurants, because of the filming and at least one public brawl, began banning users who were wearing the devices. The self-explanatory neologism "Glasshole" was soon coined.

In early 2014, Google famously put out a list of do's and don'ts for glass users, including asking them not to overuse the product, to avoid wearing it while engaged in "high-impact sports," and to not "be creepy or rude."

The backlash coincided with rising distrust about the power of big tech at that time, and the primary journalistic chronicler was Sam Biddle, then with the Gawker-affiliated website Valleywag. Biddle wrote frequently about such incidents as a Seattle IT guy who demanded a restaurant fire an employee over their Glass policy, and would denounce Glass-usage as "wearing a computer on your face."

The nadir probably came when Robert Scoble, a blogger and "tech evangelist," posted a photograph to his Google Plus account of himself wearing the glasses while showering. "Robert, I really didn't appreciate the shower photo," Google's then-CEO Larry Page jokingly told Scoble not long after, per The Verge.

While Google Glass had been expected to eventually receive a wider consumer release, that never happened. In early 2015, Google ended the Explorer program and moved Glass out of Google X and into a different division, led by iPod architect and Nest founder Tony Fadell. Fadell was reportedly set to lead a redesign of Glass, but he left Google the following year.

Instead, Google moved away from the consumer market for the product and instead pivoted to the enterprise, releasing an Enterprise Edition of Glass in 2017, with a second edition released last year. Glass is now frequently used in the medical field, including surgery.

More recently, Google Glass has been used when working with children with autism, in order to help them "see" emotions. A much better use for the glasses, clearly, than filming people in a bar, or showering with them.