What's Behind Facebook and Twitter's Different Stances On Political Advertising? 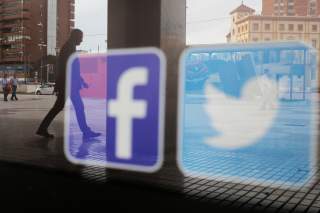 Zuckerberg recently announced that his company will accept political ads even when the company believes the ads make false statements, holding that it would be inappropriate to censure political speech. My AEI colleague Daniel Lyons recently examined the effects of this decision and what relevant laws say. Twitter’s Dorsey countered a few days later, saying Twitter will ban all political ads because “political message reach should be earned, not bought.”

Prominent Democrats, CNN, and The New York Times have taken Twitter’s side. Some prominent Republicans have taken Facebook’s side.

Why are these sides in conflict? It might be a dispute over principles — protecting people from some things that might be false versus relying on the public debate to sort out what is and is not false — but it might also be a dispute over economics.

Either approach can enhance ad revenue

Facebook’s critics argue that Mr. Zuckerberg has put profits ahead of principles. It is true that political ads are a source of revenue that his company will enjoy and that Twitter will forego. But Twitter could also see revenue growth from its approach.

What proponents of the Twitter approach miss is that overtly political advertising is only one way of getting out political messages. Openly political ads are obvious with their intent. But political actors can be less direct. For example, supporters of a presidential candidate can get their candidate’s messages out by developing Twitter followers, tweeting websites, and engaging in campaigns to get retweets  and replies to content by friendly media (yes, the media does pick sides). Each of these are “earned” in the words of Twitter’s CEO, and can provide Twitter with revenue. The indirect approaches require more Twitter activity than straight ads, which gives Twitter a larger slice of big data and the resulting improvement in ad targeting and, thus, ad revenue.

This isn’t to say that Twitter is disingenuous. It does mean that the decision wasn’t necessarily philanthropic: The impact on profits depends on how users and political actors respond.

Either approach can facilitate fake news

Facebook’s policy allows political actors to say what they wish, within certain limits. This means that political ads can be false, such as Sen. Elizabeth Warren’s (D-MA) ad with deliberately false claims that she used to bait Facebook.

Twitter will subject political messaging to its normal filtering. But Twitter’s editors and algorithm managers make mistakes. And being humans, they have biases, which means they believe some things that are actually false and reject as false some things that are true. And they will be confused as to the difference between an opinion and a fact.

For example, there is a dispute over whether the Democrats’ letter to the Ukrainian prosecutor general constituted a “threat.” Whether the letter was or was not a threat is purely a matter of opinion: No one can observe the authors’ intentions, nor the prosecutor general’s impression. Whether a letter was sent is a question of fact, but the interpretation of the letter is simply a matter of opinion. Nevertheless, FactCheck.org spilled quite a bit of ink on the issue.

The fake news issue gets murkier when the government wants to get involved. How could it be true that political ads cannot be trusted because people running for office lie, but people that win elections can be trusted to oversee the truthfulness of political ads and articles?

It is part of the competitive marketplace that Facebook and Twitter will engage in a public contest over which strategy does better for their users. We should applaud diversity of approaches. It is concerning when politicians start picking sides because then the most politically powerful win.

Mark Jamison is a visiting scholar at the American Enterprise Institute.