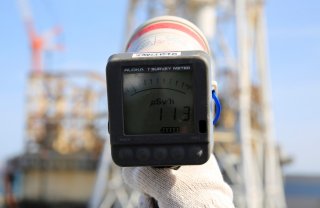 Whether in New Mexico, Guam, or the Marshall Islands, the consequences of uranium mining, atmospheric testing, and nuclear weapons manufacturing continue to impact communities around the world, with little awareness from the international community.

“I know people who have been impacted by uranium mining, and by the fallout and nuclear testing, so this is not abstract,” said Rep. Teresa Leger Fernández of New Mexico’s 3rd District, who recently sat down for an interview with Press the Button. “These are people I know, these are families I know—you can’t ignore it.”

Leger Fernández is a leading advocate in Congress for the extension and expansion of the Radiation Exposure Compensation Act (RECA), reforms that would establish a more robust and easier to navigate compensation program for the victims of nuclear radiation in the United States and its territories.

RECA is a federal statute established in 1990 as a mechanism to compensate individuals whose health or livelihood was affected by unintended radiation exposure due to our nuclear weapons complex. To date, it has compensated over $2.2 billion to tens of thousands of claimants suffering from health ailments caused by exposure to radiation. These include atomic veterans, downwinders, and individuals working on atmospheric nuclear tests and in uranium mines.

Though many of these recipients have undoubtedly benefited from the program, Leger Fernández and her colleagues are recommending several improvements to the statute to expand its impact.

One such change she is championing is an increase in the amount of compensation provided per individual grant. “Right now, [RECA payments] are $50,000. That’s not sufficient, so we’re going to raise it to $150,000.” The legislation she will be co-sponsoring, if passed, would expand the limited scope of eligibility that RECA currently maintains to include geographic areas and age groups not currently covered by the statute.

When RECA was first designed, “it had a very limited area where, if you happen to be exposed in these certain counties, you got compensation. But we know that it’s not just a few counties that were impacted,” argues Leger Fernández, “we need to make sure they are all entitled to the compensation.”

Although this expansion would no doubt have a positive impact within her district, Leger Fernández views it as an issue that resonates well beyond her constituency: “I want to take on this fight because this impacts not just New Mexicans, but people elsewhere, who were exposed to radiation from testing, from the development of the weapons, through no fault of their own are now suffering the consequences. We as a government who inflicted this harm cannot stand back and say ‘too bad’—we must act.”

With RECA set to either expire or be reauthorized in July 2022, Leger Fernández views the year ahead as an important opportunity to reassess and refine RECA to ensure its continued effectiveness. “We need to take this moment and re-authorize the act,” she told guest host Lily Adams, “but also, when we look at it, ask ‘where is [RECA] efficient, and what do we need to do to make it better?”

Though Leger Fernández and her colleagues plan to introduce amendments to reauthorize and update RECA in the coming weeks, she recognized the need for broad constituent support and sustained advocacy. “If your heart is moved to address these issues, then call your Senators and your Representatives, and let them know that you’re supportive of addressing those people who are harmed by nuclear testing and uranium mining—that we need to do right by them. Let them know they have to support RECA.”

The entire interview with Rep. Teresa Leger Fernández is available here, on Press the Button.