Whether Kim Jong-un Lives or Dies, America Should Normalize Relations With Pyongyang 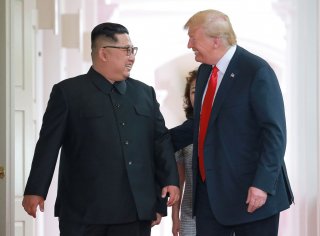 Recent rumors about Kim Jong-un’s possible health problems highlight one important, troubling point. The United States lacks any meaningful, independent access to information about developments inside North Korea. That situation has existed since the founding of the North Korean state more than seven decades ago. Even today, the United States is almost totally dependent on South Korea for information about the North, and while Seoul is a reliable partner, no two countries have identical policy agendas or priorities.

Whether Kim dies soon or remains in power for years, Washington should make a push now to normalize diplomatic relations with Pyongyang. That step requires U.S. leaders to end their futile quest for North Korea’s denuclearization. Instead, the United States needs to be content with more limited tension-reduction measures. Those include a treaty formally ending the Korean War, at least a partial lifting of U.S. sanctions imposed on Pyongyang, and the establishment of full diplomatic relations.

Diplomatic recognition is an especially important step in creating a less confrontational, more normal relationship with North Korea. Continuing to ignore or attempt to isolate the country is counterproductive and potentially very dangerous. In addition to reducing bilateral tensions, establishing an embassy in Pyongyang and consulates in other North Korean cities would be a bonanza for Washington’s intelligence capabilities. It would be beneficial for the United States to have its own robust intelligence on developments inside North Korea that could then be crosschecked with Seoul’s assessments.

Such a policy course correction would be beneficial to U.S. interests regardless of Kim Jong-un’s short-term or long-term fate.