Which Gun Is Better: The Glock 19 or the Heckler & Koch VP9? 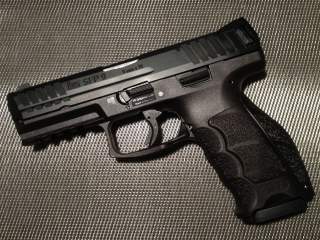 Sure, the VP9 may be just another striker fired 9mm pistol. But it’s also very ergonomic and has an excellent trigger pull, which makes it a strong contender in an increasingly crowded marketplace.