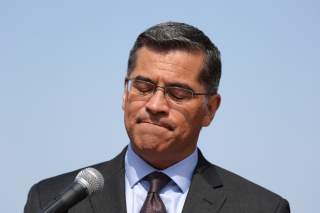 California is one of two states not to publicly announce an antitrust investigation into some of the largest big tech companies in the country.

The Golden State is home to Google, Facebook and other companies under investigation. Attorney General Xavier Becerra’s decision not to go public is apparently standard operating procedure for the state, which has refused to make public probes into other hot-button industries.

“We haven’t stated whether we are or are not investigating,” Tara Gallegos, a spokeswoman with the California attorney general’s office, told the Daily Caller News Foundation. “California remains deeply concerned and committed to fighting anti-competitive behavior.”

Alabama is the only other state not to announce a probe.

Activists are at a loss to explain the lack of urgency from the state, especially given statements the Democratic attorney general has made in the past criticizing Silicon Valley.

“I just do not understand why California is not a part of this effort,” John Simpson, who served as the privacy and technology project director at Consumer Watchdog, a nonprofit advocacy organization, told the Los Angeles Times on Tuesday.

Google needs to be held accountable for monopolizing the market, he added.

“California deserves to be at the table,” said Cunningham, who was one of a handful of Republicans urging Becerra to hammer Apple and Amazon.

Texas Attorney General Ken Paxton, a Republican, joined a dozen state attorneys general at the U.S. Supreme Court for a Monday press conference, describing concerns that Google holds too much power over the online advertising market.

“Everybody thinks the internet is free, and it’s not,” he told the DCNF on Monday.

Google, for its part, responded to the probe in a Friday statement.

“It’s of course right that governments should have oversight to ensure that all successful companies, including ours, are complying with the law,” but the investigation “is not new” for the company, said Kent Walker, Google’s senior vice president of public affairs.

Paxton and James’s probe is raising questions: Why is Becerra balking? History might provide a clue. Becerra refused to publicly acknowledge in 2017 that his state is taking part in an investigation targeting ExxonMobil’s climate record over the chagrin of climate activists.

His predecessor, Sen. Kamala Harris, made a similar decision before running for Senate in 2017. Even so, California’s silence on big tech probes could allow other narratives to take hold, one of which is Silicon Valley’s past donations to Becerra.

His campaign received $23,000 from Google’s corporate political action committee between 2010 and 2016, according to the LA Times, citing FEC records. Two of the tech giant’s executives donated $2,600 and $5,300, respectively.

UPDATE: A previous version of this article attributed the AG’s official statement to spokeswoman Tara Gallegos. The statement is now being attributed to Sarah Lovenheim, a communications adviser to Becerra, because Gallegos did not give the DCNF explicit content to use the comments.