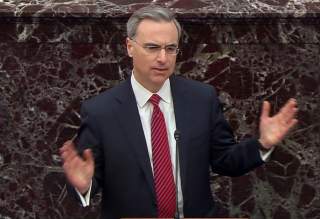 Cipollone, part of President Donald Trump’s legal team, told Nadler that he “should be embarrassed” about the way he conducted himself in the Senate. Shortly before Cipollone’s remarks, Nadler accused Trump’s defense team and Senate Republicans of participating in a “cover-up.”

“We’ve been respectful of the Senate, we’ve made our arguments to you. You don’t deserve and we don’t deserve what just happened,” Cipollone said.