Who Deserves The Title Of 'Worst President In U.S. History'? 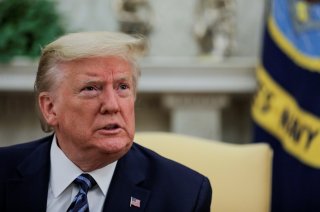 Robert W. Merry, longtime Washington journalist and publishing executive, is the former editor of The American Conservative and the National Interest. He is the author most recently of President McKinley: Architect of the American Century. (This first appeared several years ago and is being reposted due to reader interest.)