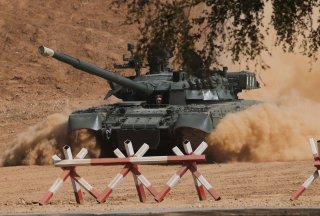 Key Point: Not just any country can make decent tank shells. These countries, however, know what they are doing.

This piece was originally featured in November 2018 and is being republished due to reader's interest.

Charlie Gao studied Political and Computer Science at Grinnell College and is a frequent commentator on defense and national security issues. This piece was originally featured in November 2018 and is being republished due to reader's interest.