Who Wins When Saudi Arabia And Russia Fight An Oil War? 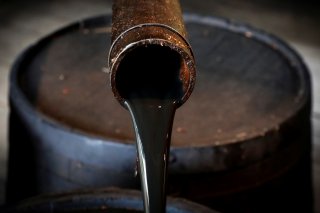 Key point: Putin has taken a page from the Trump playbook of trade wars: be prepared to take short-term damage if you think your opponents will be forced to concede.

After the latest round of U.S. sanctions against Russia was signed into law last year, Russian president Vladimir Putin warned that Russia would retaliate at a time and place of its own choosing. Wrecking the OPEC-Plus arrangement and provoking a demolition-derby price war with Saudi Arabia may seem to be an odd and puzzling way to respond, but there may be a method to that madness. I believe that the Kremlin is gambling that, by year’s end, it will be able to not only push back against the United States but also to reconstruct its partnership with Saudi Arabia.

One of the major flaws of U.S. politicians is their bad habit of loudly proclaiming their strategies months or even years in advance, giving their adversaries plenty of time to prepare. Over the past two years, members of Congress have made it absolutely clear that Russia’s Ukraine bypass pipeline projects—Turkish Stream and Nordstream-2—were in their crosshairs. Moscow attempted to accelerate the completion of these projects before a slow-moving U.S. legislative process could finalize another round of punitive sanctions. Turkish Stream was completed just in time and is already sending Russian energy to Turkey and Southern Europe. Meanwhile, Nordstream-2 would have made it if it hadn't been for those pesky Danes and their environmental protection processes, which held up work on Nordstream just long enough for an eleventh-hour U.S. sanctions push. Even with that assistance—and thanks to a spat with Denmark over a possible sale of Greenland—Moscow had so much advanced warning that it asked its European contractors to focus on the most technically challenging parts of the line first. Gazprom possesses the technical capacity to finish the line—way behind schedule, to be sure—but Nordstream is likely to be completed by the end of 2020. Yes, the delay was sufficient enough to compel Russia to continue to use Ukraine for some export transit, but Moscow’s position in the European energy markets remains largely intact.

So the backup U.S. plan has been to encourage Europeans, while Nordstream remains unfinished, to buy more energy produced from North American sources. Indeed, an important part of U.S. strategy in a new era of great-power competition is to compete with Russia for energy markets and to diminish the resources Moscow can accrue as an energy exporter.

Initially, the U.S. strategy during the second term of the Obama administration was to encourage Saudi Arabia to repeat its performance during the 1980s by using its ability to turn on the taps and drive prices downward so as to cripple the Russian producers and force Moscow to pull back from its efforts in Ukraine and Syria. Despite Saudi Arabia lowering energy production costs, Riyadh could not sustain a long-term price war due to the massive demands on the Saudi budget. Saudi Arabia dramatically shifted away from competing with Russia and towards a new strategy of coordination with Russia. Riyadh and Moscow eventually became the co-axes of the OPEC-Plus arrangement, which was designed to stabilize global energy markets and set a definitive “floor” for energy prices. In return for its cooperation, Moscow expected Saudi Arabia and other Gulf states to direct financial flows that were blocked by U.S and EU sanctions into the Russian economy. (Qatar’s purchase of a minority stake in the Russian state-owned Rosneft firm was one example of this approach.)

Yet the weakness of this approach was the wild card nature of the U.S. energy sector. American producers were poised to benefit from higher prices and to fill the gaps when Russia and Saudi Arabia cut their production. When the United States declined to take part in the OPEC-Plus arrangement, Russia’s continued participation would remain contingent largely on whether Saudi Arabia continued to incentivize Moscow’s compliance.

We have seen over the past several months a new hardening in the Kremlin’s policies—where Russia is willing to risk escalation in order to gain advantage or discredit the United States. The world has watched this pattern unfold in Syria vis-a-vis Turkey over the past several weeks. The Russians pushed through some of Ankara’s red lines and then let Turkey see to what extent it could or could not rely on the United States and its European allies—and then President Recep Erdogan traveled to Moscow to re-open negotiations with Vladimir Putin.

Russian energy producers have felt that they were on the losing side of the Moscow/Riyadh access. They have been vociferously arguing for a year that Russia should exit the deal. The coronavirus panic provided them with an opportunity to argue that further OPEC-Plus cuts would do nothing to prevent a collapse of energy prices—and that Russia would continue to lose market share. The Saudi response has been to match and call Russia’s bluff by promising to produce more at even lower prices. But the Russians still have several advantages: the Russian budget can meet its targets with far lower prices than Saudi Arabia’s budget will allow; Russia can increase its pipeline exports while a Saudi Arabia increase would take longer to get to markets by seaborne tankers; and, most importantly, the places where the Saudis want to compete with Russia for market share—the European market—will crowd out more expensively produced American exports.

Russia seems willing to engage in a major stress test of the U.S. energy export approach to a prolonged price war. Given that the Trump administration is unlikely to purchase large amounts of U.S. production at a guaranteed high price for the strategic reserve, U.S. producers will face the prospect of much lower revenue—and reach a point where it no longer makes business sense to stay in operation. While some projects are likely to be absorbed by the energy majors, whose economies of scale can make some projects cost-effective, overall U.S. production may decline. And if Joe Biden takes up residence at 1600 Pennsylvania Avenue in January 2021, then Americans could expect to see many of the Obama-era environmental and land-use regulations back in full force—further striking both at production as well as building more export infrastructure.

Would the Saudis then be more inclined to return to bargaining with Moscow? Possibly. A good deal depends on how U.S.-Saudi relations fare during a prolonged energy price war. Prince Mohammad bin Salman, who already has his detractors on both sides of the political aisle in Washington, may find it harder to go through with major Saudi purchases of U.S. goods and services in the context of price competition. In turn, he may find that the United States has become far less willing to extend blank security checks to the Saudis. Moreover, if Russia loses its incentive to act as a restraining force on Iran, then the United States has shown limits to the extent it is willing to take on Tehran for Riyadh's benefit. Another Persian Gulf crisis would not only increase energy prices but reinforce Russia's pitch that its Northern Route is a far safer energy export bet.

So Russia enters this oil price war with two overarching objectives: drive U.S. producers out of business, and expose Riyadh to the limits of American support. Thanks to a talented team at the country’s Finance Ministry, they have the rainy-day funds in place to achieve that goal. Putin has taken a page from the Trump playbook of trade wars: be prepared to take short-term damage if you think your opponents will be forced to concede. Perhaps these will assumptions hold up in the weeks and months to come.

Nikolas K. Gvosdev is the Captain Jerome E. Levy professor of economic geography and national security at the U.S. Naval War College, and a senior fellow at the Foreign Policy Research Institute. The views here are his own. This article first appeared earlier this month.