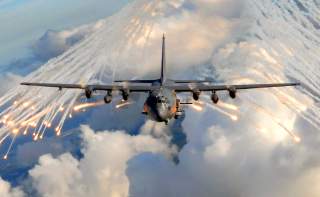 While details are scant on the nature of the Ghostrider's first combat mission, U.S. special operations forces have remained heavily in the fight in Afghanistan in recent years. Unfortunately, there's word yet on whether they can expect future Ghostrider support to include frickin' laser beams. This first appeared in Task and Purpose here.