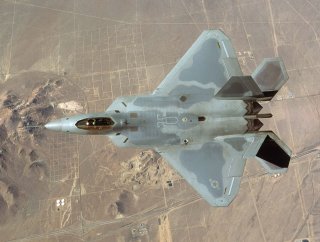 Key point: Older or broken planes are kept as backups in case parts are needed. It is not uncommon to find parts from other planes in order to keep others in working order.

David Axe serves as the new Defense Editor of the National Interest. He is the author of the graphic novels War Fix, War Is Boring and Machete Squad. This first appeared in 2019 and is being reposted due to reader interest.