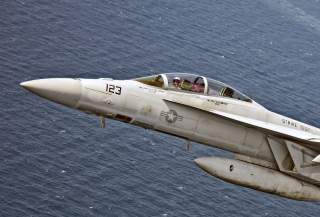 While the U.S. military establishment continues to debate the value of large aircraft carriers, other world powers actually are expanding their fleets of big aviation ships.

The United Kingdom’s new aircraft carrier HMS Queen Elizabeth in September 2019 set sail for North America on a four-month deployment. The Westlant 19 cruise affords the ship’s crew an opportunity to get comfortable with their vessel while also qualifying Royal Air Force and Royal Navy F-35B pilots for shipboard operations.

The deployment is a glimpse into the Royal Navy’s future as it reorganizes around Queen Elizabeth and her sister ship Prince of Wales.

Meanwhile, in the United States, Mike Griffin, the undersecretary of defense for research and engineering, proposed that the Pentagon give up one large nuclear-powered aircraft carrier and instead spend its roughly $13-billion acquisition cost on an arsenal of 2,000 long-range, hypersonic missiles.

“Let’s just propose a thought experiment,” Griffin said at a September 2019 conference, according to Defense News.

“Which do you think the Chinese leadership would fear more: 2,000 conventional strike missiles possessed by the United States and its allies in the western Pacific capable of ranging Chinese targets, or one new carrier? Because those two things cost about the same amount of money. Those are the kinds of questions we need to be asking ourselves.”

The United Kingdom clearly still sees the value in carriers, as does China itself. The Chinese navy has one carrier in service, another in trials and a third under construction. The Chinese fleet in coming decades could add another three flattops and modify the air force’s J-20 stealth fighter to fly from some of the vessels.

With some world powers questioning carriers while others invest heavily in them, it’s worth revisiting an essay the Save the Royal Navy, an advocacy group, first published in 2014 in order to justify the multi-billion-dollar cost of the two Queen Elizabeth-class flattops.

“History shows that naval fleets cannot rely on air cover from a land-based aircraft,” Save the Royal Navy explained.

Even if the land-based air force is dedicated to the task, it is extremely difficult to ensure the right number of aircraft in the right place to protect the fleet at all times. The [Royal Navy] has been devoid of its own organic fighter cover since the retirement of the Sea Harrier in 2006 and until this capability is restored, cannot be risked against foes with any kind of serious air force.

The carrier can also operate helicopters which, in coordination with supporting frigates, can provide anti-submarine protection. Once secure under its own integrated air cover and anti-submarine screen, the naval task force can then conduct any number of different missions.

Those missions could include striking inland targets. “The strike carrier will provide a global reach, a ‘big stick’, hard power in the support of foreign-policy aims. Since more than half of the world’s population lives within 125 miles of the sea and the majority of the world’s largest cities are on the coast, carrier aircraft have a great ability to influence events.”

Flattops also can function as sea bases for amphibious assaults. The new U.K. carriers include accommodation for 250 marines “and could pack in a lot more troops under austere conditions for short periods,” Save the Royal Navy noted. “Able to land troops rapidly with embarked helicopters, the carrier can serve as a lynchpin as an amphibious operation.”

Carriers can contribute to disaster-relief. “Carriers are an ideal platform for the rapid delivery of humanitarian aid following natural disasters. As first-responders, the helicopters can transport rescue teams, equipment, freshwater and medical supplies quickly and to inaccessible locations.”

The vessels’ mere presence can be stabilizing or, if the situation warrants, destabilizing. “Aircraft carriers have been and will be used to influence events without firing a shot. An aircraft carrier can poise in international waters, perhaps not far from the coast but able to exert particular pressure and shape events without the escalation implicit in deploying soldiers on the ground or intrusions into sovereign air space.”

Taken together, a carrier’s capabilities amount to a major vote in world affairs. “Carriers are a significant asset that keeps you at the top table,” Save the Royal Navy asserted.

The argument that has sustained the United Kingdom and China’s huge investments in aircraft carriers may yet convince American leaders that the United States’ own flattops are worth maintaining, even in a world with hypersonic missiles.