Why All of Your Jokes Fall Flat 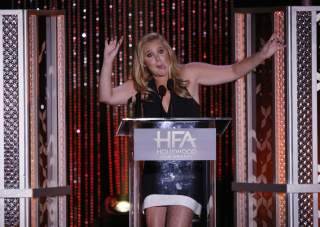 In September, before the start of its 45th season, “Saturday Night Live” brought on some new cast members. The decision to hire one of them, Shane Gillis, was roundly criticized after disparaging jokes he’d made at the expense of Asian and gay people quickly surfaced.

A week after announcing Gillis’ hire, the show fired him.

On the other hand, critics widely lauded the addition of comedian Bowen Yang. Ironically, Yang also tends to poke fun at Asian and gay people during his sets.

So, why did Yang get to keep his job, while Gillis lost his?

We study why some jokes land and others don’t – and why the identity of the person telling the joke matters. Yang, it seems, can “get away” with this sort of humor precisely because he is both Asian and gay, while Gillis is neither.

Being ‘in’ on the joke

Many of us intuitively understand that it’s more permissible for people to openly judge or criticize social groups they belong to than those they do not belong to.

For example, many Americans may feel justified in calling out the country’s faults while lambasting a non-American for doing the same. This phenomenon is called the intergroup sensitivity effect, and we wondered whether it applied to humor.

To test this, we ran a series of studies in which we examined whether people’s reactions to disparaging jokes would change based on who was telling the joke.

In our first study, we showed participants a mock Facebook profile belonging to either a gay or a straight man who had posted a joke about gay people. We then asked the participants to rate how funny, offensive and acceptable they found the joke. Participants considered the joke funnier, less offensive and more acceptable if the poster was gay.

We wanted to know whether this effect also applied to jokes about race. So, in a second study, we showed participants a mock Facebook profile belonging to an Asian, black or white man who had posted a joke about Asian people. Here, participants rated the joke as funnier, less offensive and more acceptable when the owner of the Facebook profile was Asian.

We then ran a third study in which we directly asked participants how acceptable it was for members of different social groups to make jokes about their in-group or various out-groups. We found that participants, on a consistent basis, were more receptive to humor based on gender, race and sexual orientation if the person making the joke was also a member of the targeted group.

So why, exactly, does the group membership of the joke teller matter so much? We think it may have something to do with how an audience interprets the joke’s intent.

When humor is deployed in a self-referential way, perhaps the audience is more prone to perceive it through a prosocial lens.

For example, when Bowen Yang speaks with an exaggerated Chinese accent, audiences may more readily construe this as coming from a benign place. Maybe he’s satirizing the racist ways in which others portray Chinese people, or perhaps he’s affectionately parodying his own culture. But no matter the real reason, he certainly wouldn’t want to inflict harm on his own group – or so the thinking goes.

On the other hand, when Shane Gillis does the same, audiences may be less likely to give him the benefit of the doubt – and more likely to infer malign and racist intentions. He doesn’t identify with his targets in any way. Maybe he truly does harbor disdain.

Alternatively, it may simply be the case that people are given greater “license” to make disparaging jokes about groups they’re a part of, irrespective of their motives.

We plan to test these potential processes across a new set of studies. Nonetheless, our findings show that comedians and humorists, professional or otherwise, should be ever mindful of group dynamics. They could be the difference between a joke being met with rollicking laughter or awkward silence.