Why America Is Increasingly Concerned With China's Military Improvements 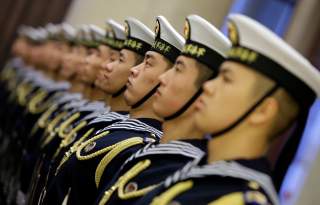 Key point: Beijing has long gone full steam ahead on modernization. That means building or buying all of the latest goodies from drones to stealth fighters.

This first appeared in January 2019 and is being reposted due to reader interest.

Sébastien Roblin holds a master’s degree in conflict resolution from Georgetown University and served as a university instructor for the Peace Corps in China. He has also worked in education, editing, and refugee resettlement in France and the United States. He currently writes on security and military history for War Is Boring. This first appeared in January 2019 and is being reposted due to reader interest.